NSM Focus | Alumnus interview: Laurens Dassen, party leader of Volt: ‘If you believe in something, you have to go for it!’

Laurens Dassen (35) studied Business Administration in Nijmegen from 2005 to 2011. After working for a while at ABN AMRO, he switched to a full-time political career in 2018. This spring, he was one of the big winners of the House of Representatives elections. His party, Volt, won three seats, and Dassen was appointed party leader.

Why did you decid 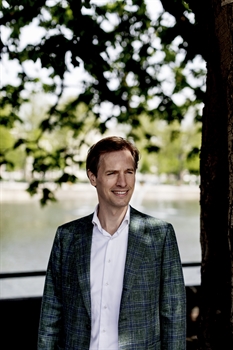 “The broad approach in Nijmegen really appealed to me. And I knew some people who were positive about Radboud University and the city. They said that the atmosphere was open and that there were lots of activities on and off campus. I attended an open day and was given a tour by a friend. This made me enthusiastic enough to enrol.”

How do you look back at your student days?

“It was a very valuable period. I learnt a lot in my study programme, and I was also quite active in student life. At Carolus and the A.V.I.S. fraternity, I found lifelong friends. Together we organised lots of things, including orientation activities and a yearly football tournament. With United Netherlands, I took part in weekly debates with people from different cities. This taught me to look at social issues from various perspectives and to have more understanding for people with different opinions. With a United Netherlands delegation, I took part in the Harvard Model United Nations.”

What did your career look like after you graduated?

“I followed a traineeship at ABN AMRO and wrote my Bachelor’s thesis about that bank. At ABN AMRO I had a number of different jobs. I worked on risk management and preventing whitewashing, but I was also active in app and web design. And I spent five months working for ABN AMRO in Dubai.”

What gave you the idea of going into politics?

“I’ve always had a broad interest in social issues. At home, we talked a lot about politics and as a student I often took part in long political discussions at the Cultuurcafé. In the last few years, I felt increasingly concerned about the rise of nationalism and populism, Trump’s election and the Brexit. In 2016, I first came across Volt, a movement that aims at solving large-scale issues at European level. This sounded so logical to me that I immediately registered as a volunteer. In time I became more active and in 2018 I founded Volt Nederland together with some other people. Later that year I decided to devote myself fully to politics.”

Wasn’t that a huge leap? 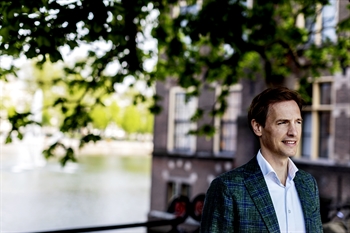 a good salary, and I was climbing up the career ladder. But if you believe in something, you have to go for it, even if it means stepping out of your comfort zone. Looking back, I’m really happy that I took this step. It’s an incredible milestone that we now have three seats in the House of Representatives. At the same time, this is not an end point. We want to keep promoting a European approach to transnational themes like climate, migration and social inequality.”

How did your time in Nijmegen help you in your political career?

“During my studies I developed a particular way of thinking: distinguishing essential aspects from side issues, looking at themes from a variety of perspectives, asking critical questions. But I didn’t learn only from my study programme. Student life, an internship in India, and my activities at United Netherlands all formed me. Step by step they turned me into the person I am today. I remember a lecturer once saying: ‘What you learn now is your admission ticket for the next step.’ This is how I see it too: my diploma was my admission ticket for my first job. During that job I became politically active. And so we keep moving further; we’re never done growing.”

What would you advise students with political ambitions?

“Look beyond your study programme, be curious about the world and dare to take risks. This applies not only to politically interested students, but to everyone. And if you believe in something, give it everything you’ve got. That way you will not have any regrets later or think: I wish I had tried it!”