Economic prosperity is usually associated with industrial parks near universities, the Zuidas area of Amsterdam or the High Tech Campus in Eindhoven. But the economic geographer Prof. Gert-Jan Hospers takes a different view: ‘Gelderland has many hidden gems.’ 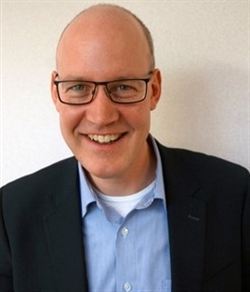 ‘We use the products daily, but almost no one knows that their origin is in the Achterhoek region of Gelderland.’ Professor of geography from the Nijmegen School of Management Gert-Jan Hospers points to the Helmes-Wellink company in Doetinchem as an example of the ‘unsung heroes’ of Gelderland. This company makes the strings for teabags. Other breakfast products include the recyclable orange juice bottle, which is probably from Lichtenvoorde and the bread that could have been baked in a bread machine made by the Kaak Groep in Ter Borg.

Last year Hospers was asked by the province of Gelderland to research the wealth of activity at the many, often inconspicuously located, industrial parks in the province. The strength of many of these companies lies in their specialisation, which makes the entire world their sales area. As an example, Hospers pointed to Reiger Suspension in Hengelo Gelderland, the manufacturer of special shock breakers for cars and motorcycles. The province is also home to the market leader in fire protection systems for cruise ships (in Aalten) and a ditto company for legionella filters (in Zelhem).

Why does Gelderland have so many companies like this? Partly coincidence, said Hospers, and partly the result of old industrial sectors that have developed cleverly. The company producing teabag strings is a long-standing rope company. ‘There are many handy people in the Achterhoek, people with technical know-how who can make things. Builders, mechanics and similar professions,’ said Hospers. ‘If something doesn’t work, they’ll look for a solution, knowledge that has been passed down from generation to generation.’

Another example of a regional innovation is Neenah Coldenhove in Eerbeek. This 350-year-old company has exchanged the production of blue envelopes for the Dutch Tax Office for, among other things, printed textiles. Their location isn’t coincidental: the water available in the Veluwe area was crucial to the paper factory. ‘Because of these companies’ deep roots, they have been able to grow wings.’

Hospers’s list of companies in Gelderland is much longer. ‘People often hear that you have to be in the city for innovation, but that’s not always the case.’ This image is also one of the professor’s concerns: the necessary experts – ranging from graduates of vocational schools to graduates of universities – who are essential to the future of these companies, have turned their gaze to the cities. ‘Linking these talents to the region is immensely important.’

This article was published in Radboud Recharge.