Over 2,750 tons of ammonium nitrate exploded in Beirut's harbour this summer. Nearly two hundred people died in the explosion, while over six thousand were wounded. The material damage is estimated to be at least 15 billion dollars. A new prime minister was to be inaugurated just a few weeks later. "His appointment is anything but a clear break from the incumbent political elite in Lebanon, who have not changed course despite decades of mismanagement”, asserts Nora Stel, assistant professor in Conflict Studies. She has researched the issues surrounding refugees in Lebanon and has recently published a book on that topic.

Stel notices that there are clear parallels between the ways in which Lebanon's political leaders respond to various crises. Both during the influx of enormous numbers of refugees from Syria and the ‘Beirut Blast’, the reaction consists of informal, ad hoc decisions, turning a blind eye and passing the buck.

Lebanon is a country with a history p 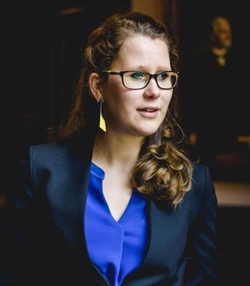 lagued by war and conflict. Situated between Israel and Syria, the position of the state can be described as ‘precarious’ at best. ‘What's happening now is a kind of perfect storm”, Stel explains. “These last few years have introduced a refugee crisis on top of the existing conflicts.” Lebanon holds the global record for the highest number of refugees per capita. Historically, these were primarily Palestinian refugees, but a huge influx from Syria has now followed. An economic crisis erupted on top of that, followed by the current coronavirus crisis. “This combined with various protest waves and burgeoning unrest against the oligarchic elite has brought the cauldron to the boiling point since the explosion.”

Stel asserts that this is not surprising at all. She has performed extensive field research for, among other things, her book Hybrid Political Order and the Politics of Uncertainty – Refugee Governance in Lebanon. She has held countless conversations in refugee camps. These camps are often informal in nature; Lebanon does not allow the United Nations to establish camps to house Syrian refugees. She witnessed how the absence of laws and lack of management created great uncertainty for refugees and the organisations that wish to help them.

“Lebanon has what is called a ‘no policy-policy’. There is no judicial framework that establishes how refugees are to be treated; Lebanon has not signed the international refugee convention and the country has no national asylum laws. Lacking communication and intentionally vague wording ensure that whatever regulations do exist can actually be interpreted very broadly. Because refugees have no formal status and because every form of collective mobilisation is sabotaged, refugees are mostly subjected to the vagaries of Lebanese authorities, security services and landowners.”

The fact that refugees depend on the goodwill of local governments, landlords and ‘employers’ renders the group extremely vulnerable to exploitation. Refugees have great difficulty organising among themselves because Lebanese security services actively subvert this. Because refugees have no legal status, they have practically no other recourse to change the status quo. Stel: “This is convenient for the political elite. Because there are no clear mandates or responsibilities, ‘politics’ cannot be held accountable. The national powerholders and their local cronies also profit from the ‘refugee economy’, which operates on the exploitation of refugees. It involves charging exorbitant rental rates or paying refugees a pittance for their labour. This terrible state of affairs ultimately encourages refugees to leave again, a result the normally divided Lebanese leaders have worked hard for in unison from the start. Non-policy therefore serves a clear objective. It's not just a consequence of unexpected events or a lack of capacity. Rather, it also has a strategic dimension in the sense that it gives authorities the opportunity to shirk their responsibilities while simultaneously serving their political interests.”

This non-policy-policy is not only applied in the case of refugees. Stel sees clear parallels surrounding the harbour explosion regarding the ways in which the Lebanese ruling class treat both Syrian refugees and Lebanese citizens. This explosion is also the result of politicians who have sabotaged every form of formal regulation in the pursuit of their own economic and political interests. The harbour area has always been known as a den of corruption. 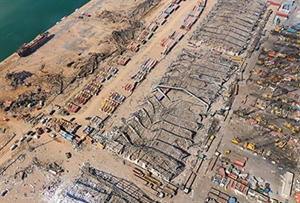 “No responsibility for the explosives that were left abandoned in the harbour has been taken for years”, Stel explains. “Even though it has now emerged that several agencies undoubtedly had knowledge of this. The politicians that are officially responsible for these agencies, and who are also at times informed by said agencies, pretended not to be aware of anything; they feel less responsibility to their citizens than their own economic-political interests. Just as with the handling of refugee communities in the country, the oppression of Lebanese citizens does not merely consist of open forms of repression, but also takes on strategic forms of negligence and callousness.”

Nora Stel is Assistant Professor of Conflict Studies at the Centre for International Conflict Analysis & Management (CICAM) under the Political Science section. She is also a member of GLOCAL, an international research centre within the Nijmegen School of Management which focuses on critically thinking about subjects such as peace, development and borders. This involves looking at cohesion between various local and global levels. She is also a member of the Radboud University Network on Migrant Inclusion (RUNOMI) and the Nijmegen Center for Border Research (NCBR).