What impact is the coronavirus crisis having on migrant workers? And what are the consequences for their employers and intermediaries? The Radboud University Network on Migrant Inclusion (RUNOMI) will be looking for answers to such questions under the rubric ‘Migrants on the front line’. The network has received a grant to carry out this work from ZonMW/Netherlands Organisation for Scientific Research (NWO).

RUNOMI is an interdisciplinary network of approximate 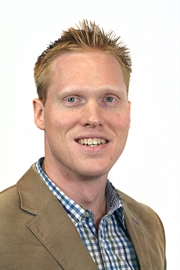 ly eighty scientists from six Nijmegen faculties. “It was founded in 2018”, explains Associate Professor (personal chair) of urban planning Pascal Beckers. “The concept behind it is: Radboud University has such a wealth of expertise on issues related to migrant inclusion, but is barely on the radar, neither nationally nor internationally. That's a real shame. With RUNOMI, we wish to raise the visibility of our expertise and bundle it. This enables us to carry out projects that focus on socially relevant issues and an interdisciplinary approach.”

The affiliated researchers are all experts in the field of migration and integration issues. They each conduct research in their own field. This could be law, political science, medicine, social sciences or even linguistics. Thanks to RUNOMI, they can now effectively join forces. In addition to research, the network explicitly focuses on cooperation with social partners, such as policy makers, as well as with migrants themselves.

In the research study ‘Migrants on the frontline’, researchers from Nijmegen School of Management, the Faculty of Law and Radboud university medical center are collaborating. The researchers are focusing on European migrant workers and illegal migrants working in key sectors such as agriculture, meat processing, cleaning, and distribution. “These groups are very vulnerable”, says Beckers, “not only in terms of their position on the labour market, but also in regard to housing and health. We will conduct interviews with migrants in their own language, and with experts, including employers. We will also conduct surveys. We are focusing specifically on the Dutch border region with North Rhine-Westphalia.”

In their study, the researchers are collaborating with key players in the field, such as the European Labour Authority, Euregio Rhine-Waal, the labour union FNV, Inspectie SZW, FairWork, Stichting LOS and the Algemene Bond Uitzendondernemingen (ABU) (General Association of Temporary Employment Agencies). Beckers: “We are eager to share our results with the professional field whenever possible. The partners are combined in a sounding board group and meet four times over the course of the project. Moreover, we will organise expert meetings and a closing conference. Because the problem is so pressing, we are already sharing interim reports.”

The study should lead to policy recommendations to structurally improve the labour market position and housing of migrant workers and thus reduce the health risks they face. “I also hope that these individuals will be recognised for the vital role they play”, says Beckers. “If they disappear, we’d have a serious problem on our hands. Who would sort all our webshop orders, who would ensure we have meat on our plate and who would help farmers bring in their harvest?”

In addition, Beckers hopes that society will do something about what he calls ‘the system error’. “European migrant workers are entirely dependent on their employers, work under harsh conditions and are poorly paid for their efforts. For illegal migrants, the situation is even more dire. They are victims of a form of modern slavery. As critical citizens, we shouldn't accept that.”