In the Netherlands, it normal to visit the ballot boxes every so often. We grab a red pencil and colour the box next to the name of the public representative of our choice. But how self-evident is democracy these days? With the rise of the term fake democracy, it is time to strongly consider our democratic values. “We must continue to have the debate on democracy”, suggests Gerry van der Kamp-Alons, Assistant Professor of International Relations. This is also possible during the 50-year anniversary that the Political Science degree programme is having on 8 November. 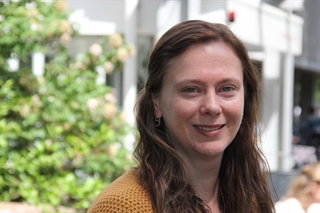 What is a fake democracy?

“The term fake democracy seems like a swear word that is thrown around randomly. To know precisely what fake democracy means, we must ask ourselves the question: “What is a real democracy?”. In the end, democracy is what we make it. The interpretation of this form of government has changed throughout the years. The democracy of Ancient Greece does not resemble democracy as we know it today.

The foundation of democracy is free and fair elections. That means that citizens can vote freely and actually have different choices. So a one-party system has no democratic legitimacy. In addition, the result must come about fairly. For example, it should not require a 100 percent turnout to be valid.

Aren’t there more requirements for a democracy?

“In addition to the procedural aspects, such as elections, a democracy needs more to truly function. A society must have freedom of expression, freedom of the media, and freedom of assembly. There must be room for debate within a society.

"You may have noticed that governments are being criticised more frequently. In essence this is not criticism of democracy but of ‘politics’ and ‘politicians’. People feel like their representatives no longer listen to the will of the people. There is talk of backroom politics, money wasting during campaigns, and alleged Russian influence in elections. This results in a term like fake democracy being coined. But how fake is it really?”

Does this mean the term “fake democracy” is fake?

That depends: there is a difference between a new, developing democracy which isn’t functioning properly yet without bad intentions and a fake democracy. To me, fake means the intentional use of democratic forms for non-democratic purposes. For example the elections in Russia, where there was not much choice. Also, the curtailment of freedom of media and expression in the democratically elected regime in Hungary. Even then, speaking of a fake democracy might be too far."

"An alarming example of democratic means for non-democratic purposes is gerrymandering in the United States. This is when the boundaries of constituencies are manipulated by the majority party to increase the chance of more seats. This practice was traditionally intended to account for developments in population size, but is now being abused. That does not benefit democratic ideals."

How do we ensure that society remains democratic?

“It is very important to continually consider this. We must realise that democracy is a social construct that changes over time. We shouldn’t be afraid to engage in debate with each other. This also applies to our alumni: they are the sensors in a society and have the knowledge to give an informed opinion. Do not keep your opinion to yourself. Do you see injustice? Speak up. And not only during elections.”

Would you like to talk to Gerry van der Kamp-Alons about fake democracy? This is possible during the 50-year anniversary of the Political Science degree programme on Friday 8 November.