Last summer’s floods once again demonstrated the necessity for a resilient policy. How good is the Dutch policy? What strategies did other countries adopt? What is required to address climate change directly? Mark Wiering, associate professor of Environmental Sciences, conducted research in this area. “The government must communicate the full story.” 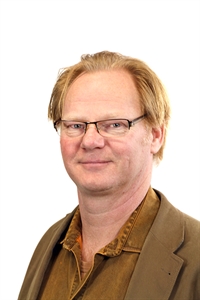 t the Netherlands has a “strong arrangement” when it comes to water management. “There is substantial support from society: we have a separate administrative level for water (the regional water authorities), including separate taxes, and we have strong legislation.”

But this strong arrangement is primarily focused on not taking unnecessary risks. We put so much work into reducing the risk of flooding that we hardly need to think about the consequences if things do go wrong. “Yet there are locations where you cannot reduce the risk of flooding. These include the areas outside the dykes, parts of the port of Rotterdam, and the areas without dykes along the Meuse. These kinds of areas are not protected by strong dykes or projects such as Room for the River.”

As a result of climate change, these vulnerable areas are more liable to flooding. “Climate change is progressing much faster than expected,” says Wiering. “In the 1990s, flooding took place in the winter, when rivers had to take on a lot of meltwater. The recent flooding took place in the middle of the summer. There was no meltwater, just rain. This is also part of climate change: unexpected, heavy, sustained rainfall. Developments like this might mean that investments in the infrastructure that Rijkswaterstaat had planned for 2050 have to be implemented sooner, especially now that we have a combination of rising sea levels, rivers discharging larger amounts of water, and very intense rainfall at times.”

With colleagues from Utrecht University, Wiering conducted research into the flood policies of six European countries. “Our question was: how do countries work towards a resilient society now that climate is changing? We found that there are different risk strategies. Some countries proactively work on preventing problems, by keeping people away from high-risk areas. Other countries, such as the Netherlands, are more focused on flood defence. Some try to soften the blow or arrange for careful coverage of damage claims. There are also combinations of strategies.”

Wiering says that, in order to be more resilient, the Netherlands should not focus exclusively on flood defence. “Again, we are good at it. But now that climate change is accelerating, there will be more floods, and we must prepare for the impact of that. This includes raising awareness among people in vulnerable areas, but also investing in evacuation strategies and damage claim regulations. Additionally, the government must communicate the full story by saying: we are working hard to prevent flooding, but it may not always work everywhere and the consequences may be serious. The government would not like to say that, of course, as it weakens the legitimacy of the things that are going well. Yet, it is important to be honest and open.”

The water management of the future is not the responsibility of the government alone either. Businesses and citizens can also play a role. “Businesses can design and build gardens and houses in such a way that the water discharge is optimised. Citizens can install a rain barrel or replace their tiled garden with a green one. Citizens are not accustomed to having to think about this. After all, the government used to say: you can rest easy, we will take care of you. Climate change means that this will no longer be tenable.”