How can we learn from the unsuccessful approach of the Asian financial crisis?

The corona crisis has spread across the globe. Countries are choosing different approaches, which sometimes leads to criticism. What is a good way to combat the crisis? During four weeks Eelke de Jong, Professor of International Economics, will reflect on past financial crises. How can we learn from them now? This week in instalment 2: how can we learn from the unsuccessful approach of the Asian financial crisis?

Poor handling of a financial crisis

In 1997, a few years after the Mexican peso crisis of 1994-1995, which we discussed in the previous instalment, the Asian financial crisis broke out. What was the background to it? In the first half of the 1990s, several Asian countries performed much better economically than expected. People spoke of the Asian miracle, which some believe sprang from specific Asian values such as hard work and saving money. These positive reports attracted Western capital, often prompted by thinking such as ‘It’s far away, I don't understand it, but everyone’s doing it so it must be okay’. Why miss out on such a great opportunity to make money work for you? Often, these funds were not invested directly in companies but were provided as short-term loans to local banks. Investing through local banks increased the likelihood that foreign investors would get their money back. This works because, in a crisis, governments will not readily allow their own banks to go bankrupt. Asia did well for several years, but doubts set in when Thailand could no longer defend the value of its own currency, and foreign investors withdrew their money. Things were not quite as rosy as people had believed. 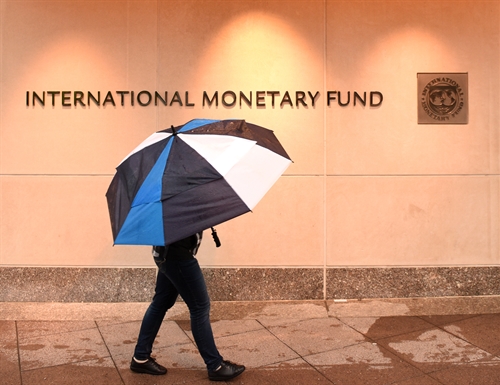 So what was wrong in these countries? In macroeconomic terms, not actually that much. Budgets were reasonably in order and government debt was not exceptionally high. However, there were many direct links between government and business, with orders being awarded to friendly companies. Certain financial enterprises had been given a monopoly to trade in government debt. In Indonesia, you could secure a government order by sending ten percent to the Suharto family. That’s why the president’s wife earned the nickname ‘Aunty Ten’. ‘Crony capitalism’ was the name given to this form of capitalism, in which market and government were linked via privileged individuals. The currencies of these countries had a fixed exchange rate against the dollar. As foreign capital flowed out again, the fixed rate came under pressure, triggering the crisis.

The first mistake that the International Monetary Fund (IMF) made at the time was to assume that the crisis had the same causes as previous crises: too much government expenditure and interest rates that were too low. The IMF therefore saw a need for budget cuts, although these were not at all necessary. The IMF later admitted its error.

But there were other things that went wrong too. First of all, it proved difficult to make a lot of money available quickly. The US Congress had not forgotten the events surrounding the Mexican crisis. In particular, it recalled being side-lined by the American government. Congress now had no intention of making large sums of money available again.

Another problem was that the measures proposed by the IMF met with considerable resistance from the population. People felt humiliated because the IMF demanded austerity and other changes that were not needed. Japan saw an opportunity to increase its role in Asia vis-à-vis its arch-rival China. Japan therefore proposed setting up an Asian Monetary Fund, which would of course be a great improvement on the hateful, American-dominated IMF. But when push came to shove, Japan could not raise the necessary money. It had all been political posturing.

Finally, and the most important lesson of the crisis, the US government forced the IMF to attach numerous conditions to the loans in relation to regulatory changes. After all, as we have just seen, the problem was caused mainly by widespread corruption and by the wrong incentives created by all manner of regulations. This had to be combatted. As a result, the loans came with a whole host of conditions – over a hundred in the case of Indonesia. But which conditions should a country meet? What were the most important? In addition, banks whose money was obtained through corruption were to be bankrupted. Did it make sense to make demands in so many areas and to introduce structural reforms in the midst of a crisis? The answer is no.

This brings us to the most important lesson in tackling the Asian financial crisis: do not implement structural changes during a crisis. Fight the coronavirus first and, once it is under control, we can start on structural reforms. Fix the leaking roof when the sun shines and not during a rainstorm.

Has anyone ever thought of establishing rules to sort out financial crises like these in an orderly manner? The answer is yes, the IMF. In 2002, the IMF proposed the sovereign debt restructuring mechanism (SRDM), under which the IMF would determine when a country could no longer be reasonably expected to pay its foreign debts. From then on, foreign investors were no longer allowed to withdraw their money from the country for several months. Also, all loans had to contain the provision that a few creditors would negotiate on behalf of the whole group. These collective action clauses (CACs) were to prevent a single creditor from blocking an agreement. In the end, the proposal was withdrawn. The United States did not want an international organization like the IMF to have a determining role, and middle-income countries (like Mexico) were afraid that the CACs would require them to pay a little more in interest. It was akin to wanting your fire insurance to be premium-free.