The corona crisis has spread across the globe. Countries are choosing different approaches, which sometimes leads to criticism. What is a good way to combat the crisis? During four weeks Eelke de Jong, Professor of International Economics, will reflect on past financial crises. How can we learn from them now? This week in instalment 3: how things can very quickly go wrong.

That would never happen to us

What I have noticed and, to be honest, what also irritates me is that many people here in the Netherlands think that we have done such a good job managing our household budget that we do not have to worry about a financial crisis. Using the crisis in Ireland in 2010 to illustrate my point, I would argue that, even when the situation seems to be fine, things can very quickly go wrong.

What are the facts? Ireland was relatively poor when it joined the European Union in 1973. But it rapidly made economic progress. The Irish government passed numerous fiscal regulations that made the country an attractive business location for multinationals. In addition, the population speaks fluent English, an important factor for international companies. The growth led to a demand for housing, and when the euro became the standard currency, capital from other European countries flowed into Ireland to finance the real estate market. The German Hypo Real Estate bank was one of the most important investors. Although the government had given civil servants a major salary increase at the beginning of this century, the budget deficit was small and debt was low. In 2007 the national debt was just under 24% of the GDP, while it was 43% in the Netherlands. However, the government was criticised for making its income too dependent on the building sector. There was an international demand for more insight into the banks’ finances. But otherwise, things seemed to be fine. And then came the financial crisis of 2007-2008. 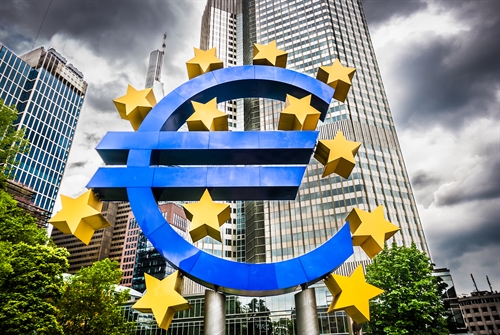 Investors increasingly realised that the Irish banks had invested heavily in real estate, making them vulnerable if real estate prices fell. And ordinary depositors also became nervous. A bank run was looming: a situation in which depositors withdraw their money from the banks. If that happened, the Irish banks would quickly be in difficulty. Their assets were in real estate, which could not be sold at a reasonable price. To prevent such a bank run, in 2008 the Irish government declared that it would guarantee all of the assets of the Irish banks.

This decision was taken without consulting the other European governments. They were astounded and Merkel in particular was furious. There was free movement of capital within the eurozone and, because the Irish deposit guarantee was higher than in other countries, capital might begin to move to Ireland. Moreover, the decision implied that, in the extreme case, the government would have to help cover losses in the private sector. That was not in keeping with the German approach in which everyone is responsible for their own affairs. With great reluctance, Germany too offered to fully guarantee depositors. In the end, all of the European countries raised their deposit guarantees to 100,000 euros.

In May 2010, we had the crisis in Greece. In the autumn of that same year, financial markets were once again nervous and the Irish banks were losing capital. The European Central Bank (ECB) had to intervene with emergency loans. The ECB president, Jean Claude Trichet, sent a confidential letter to the Irish government and evidently (the letter was never made public) urged the government to uphold its guarantees. The ECB feared financial instability if the Irish government cancelled its guarantees. Oh and, by the way, increase the guarantees for another 3 billion. The government upheld the guarantees, and the national debt rose to almost 120% in 2012.

Amazed by the solution

Right from the start, I was amazed by this solution. I would have had those who had invested in the banks pay much more, something like the Cyprus deal in 2013 in which shareholders and parties making major loans to banks bore a large share of the costs. Why did no one ask: Can we even do this, spend much more in one year to save banks than was ever spent in a year on a war, let alone education or other useful sectors? Why did no one say: Stop. This is wrong. Was Merkel angry? Did she think it was fine for Irish taxpayers to pay the debts of the German Hypo Real Estate bank? Was the Irish premier afraid because his mistakes had led to this situation? We will never know, nor will either of the key players probably.

This illustrates that choices are made under pressure in a crisis. In a crisis, it is very important that those who make the decisions have a positive attitude towards those who have to bear the costs. This is why I reacted so strongly to Hoekstra’s tweet about telling the European Commission to find out why the southern countries have no room in their budgets. It puts an enormous mortgage on future negotiations. It is much better to work at instilling other parties with a positive attitude towards the Netherlands. We will need their support at unexpected moments.