The successful approach to the Mexican peso crisis

The corona crisis has spread across the globe. Countries are choosing different approaches, which sometimes leads to criticism. What is a good way to combat the crisis? In the next four weeks Eelke de Jong, Professor of International Economics, will reflect on past financial crises. How can we learn from them now? This week in instalment 1: the successful approach to the Mexican peso crisis.

Mexican peso crisis of December 1994 is one that I think was tackled successfully. What were the problems? Mexico had pegged its currency, the peso, to the American dollar. At the end of 1994, there were elections, and the incumbent government’s expansive policy increased the current account deficit. Moreover, it financed the budget with loans that guaranteed repayment in American dollars. A risky strategy because, if the peso depreciated, it could cost the Mexican government a lot of money. Initially, the guaranteed loans attracted investors. The period leading up to the elections was tumultuous, and an important presidential candidate was even assassinated. Immediately after the elections in December 1994, the peso’s exchange rate fell dramatically. This also meant that people who had assets in Mexico saw the value of those assets decline. 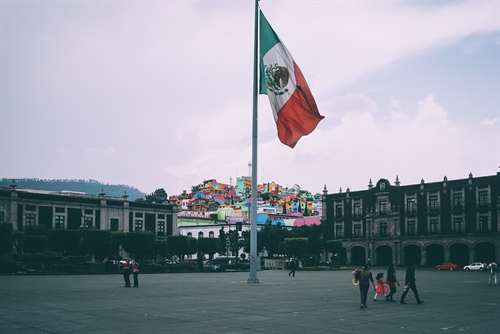 At the beginning of 1995, the Mexican government looked for help from the International Monetary Fund (IMF) and the United States of America. Ideally, every IMF loan is supported by extra lines of credit from countries who have the needed assets. So it was expected that the US would also provide part of the loan. But that proved difficult. The House of Representatives did not trust the situation. The minister of finance had been a Wall Street banker and he naturally wanted to protect his friends, the banks. The House argued that no public money should be given to rich banks. The Ministry of Finance found some money that they could use without needing permission to do so from Congress and the House of Representatives.

The IMF was supposed to contribute a similar amount of money. And this had to be done quickly, the Americans felt, because otherwise there would be even more unrest. But the Europeans in particular were opposed to such prompt efforts: “Why are you suddenly in such a hurry? Must be to be able to buy out the American banks. We’re opposed.” The result was that, at the end of the meeting, the chair concluded that the proposal had been accepted. Immediately afterwards the representatives of the European countries asked the chair to note that they had abstained from voting. “I’ve already broken so many rules, I may as well add this one too,” is what Michel Camdessus, the general director of the IMF, supposedly replied. This was unique because all previous decision had been taken unanimously. Keep in mind that not casting a favourable vote in the IMF board is tantamount to slamming the doors, pounding the tables and walking out of the United Nations General Assembly. So a deal was made contrary to the wishes of the members of the IMF and the American Congress and House of Representatives.

Act fast with a lot of money

After only a few years, it was apparent that the loan had been successful. Sooner than had been agreed upon, Mexico was able to repay the loan. Acting fast with a lot of money proved to be an important part of the solution. Also important is that, if a decision is made, those who disagree with the decision still accept what happens without wanting to make changes in a second round. This would only heighten the insecurity in financial markets. With regard to the corona crisis, acting quickly and decisively is or would have been the best option.