What can we learn from the Greek debt crisis?

The corona crisis has spread across the globe. Countries are choosing different approaches, which sometimes leads to criticism. What is a good way to combat the crisis? During four weeks Eelke de Jong, Professor of International Economics, will reflect on past financial crises. How can we learn from them now? This week in the last instalment: what can we learn from the Greek debt crisis?

When Mum and Dad cannot agree

In the last of my four articles on crisis management, I will discuss the European debt crisis and in particular the crisis surrounding the Greek debt. National elections were held in Greece at the end of 2009. The ruling party was defeated. Soon after taking office, the new government informed the other Member States of the European Union that the actual budget deficit was much larger than the previous government had suggested. As a result, the government was unable to meet the European standard of a maximum of three percent of the Gross Domestic Product and it was also having difficulty financing the debt.

Then it all went quiet for a long time. And why was that? I believe it was because Germany and France had very different solutions. For Germany and The Netherlands, it was obvious: Greece had lied. The Maastricht Treaty prohibits the financing of public debt by other Member States (the no bail-out rule), so the only option that remained was the International Monetary Fund (IMF). This also had the advantage that external parties would ensure that Greece remained focused. Past experience has shown that Member States have not usually been very critical of each other. If necessary, additional lines of credit can still be provided by other European countries as part of an IMF loan. And as part of such a loan, the stipulation may also be made that private investors be required to contribute part of the costs, because they have waived reimbursement of part of the loan. The private sector should not be given the impression that the government always conceals its mistakes. 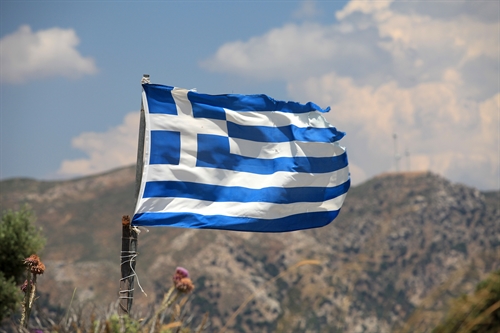 Why France was in favour

The French approach is totally different. French society is a hierarchical society, in which the president fulfils the role of the patriarch who must provide solutions, which is why France was in favour of a European solution that required no involvement from the IMF. After all, the French were already quite suspicious of the IMF because they are an Anglophone institution. How much worse could it get? The European Central Bank (ECB) would have also preferred it if that the IMF had not been part of the solution, because it was worried that this would lead to demands being made on the ECB’s monetary policy.

As a result, nothing happened for months. Meanwhile, the financial markets started to get nervous. Greece also no longer knew where it stood and began to show less respect towards the major European partners, France and Germany. Because of this, investors declared that they had no interest whatsoever in a government debt. It reached a point where the US government debt market also ran into problems and President Obama was forced to call his European colleagues to ask them to resolve the issue and come up with a solution, which was subsequently proposed at the beginning of May. This was an agreement that involved Greece on one side, and the IMF, the ECB and the European Commission - the European troika - on the other. This agreement was not one that the IMF felt it could easily enter into, because it would not be assuming the role of the dominant party, and even though it had agreed to proceed, the calculations indicated that the plan would not result in a sustainable debt. In such a scenario, the IMF would not be allowed to participate. However, the board’s European Member States had given the assurance that everything would be fine.

It was obviously necessary to prevent a similar situation from occurring in the future, in which a Member State misleads the Union by having a higher deficit than had previously been indicated. Allowing a Member State to be punished by the European Commission had not worked in the past. This is why Germany suggested that an automatic penalty should be imposed on any Member State that had a deficit that exceeded the amount that was stipulated in the rules. This, in France’s opinion, was unthinkable. How could a government leader, the president, be subjected to an automatic set of rules? Surely this was inconceivable? The then Minister of Finance Lagarde once again explained to her colleagues in great detail that this was a matter of governance, that governance derived from government and that it was elected leaders who governed and not an automatic set of rules. The Germans were willing to concede this, but Merkel was still bothered by the fact that private investors had not participated in the original agreement; this was something that she still wanted to rectify. This resulted in the Deauville agreement in October 2010, which was signed in the eponymous French seaside resort in Normandy. From that moment on, there was a possibility for private investors to also have to contribute when European government debts had to be restructured. The President of the ECB, Jean-Claude Trichet, saw straight through the consequences and claimed: “You’re destroying the euro.” The financial markets became nervous and the interest rates on loans from European countries in the peripheral regions rose, as did the interest rates on Italian and Spanish government bonds, which had previously not been affected by the crisis. In 2012, the ECB had to eventually purchase bonds in order to calm the markets.

Everything seemed to be under control. Until January 2015, when Alexis Tsipras’ left-wing government came to power. His party wanted to cancel the budget cuts, while the Greek Minister of Finance, Varoufakis, aroused such anger among his European colleagues that an agreement was never reached. In the summer of 2015, the situation ultimately resulted in an additional programme (debt) of 86 billion euros.

To put it simply: when it came to the management of this crisis, everything that could have gone wrong did go wrong. Too much time was lost at the beginning due to the disagreements between Germany and France, who subsequently reneged on the deal. Lastly, the initiating party made impossible demands and created unnecessary irritation. Things would have turned out quite differently if France and Germany had already concluded an agreement with Greece and possibly the IMF in January 2010.

This brings us back to the rules of crisis management: respond quickly and stick to the chosen solution, even if you believe that it is not the most optimal solution. Do not offend other parties unnecessarily, because this will make it difficult to find solutions at a later stage. What’s more, you may become the initiating party yourself, and goodwill will then be worth its weight in gold. Finally, try to avoid making structural changes in the middle of the crisis. That will come later.

Warnings about the differences of opinion between France and Germany were undoubtedly already being made in 2002. For example, see my article: De ECB onder vuur: een botsing van culturen? [in Dutch], Tijdschrift voor Politieke Economie [Journal of Political Economy], 23(4) 2002, 20-40. Up until the crisis of 2010, this was not an opinion that was widely held. For the sake of completeness, I should also draw attention to the fact that within the German political realm, Merkel and the Minister of Finance regularly disagreed with each other.