EU expert Adriaan Schout has been named Professor (by special appointment) of European Public Administration, part of the Public Administration chair group at the Nijmegen School of Management, with effect from 1 February. Schout is also a senior researcher at the Clingendael Institute. 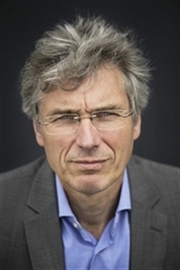 Adriaan Schout researches the role played by member states in European public administration. According to the newly appointed professor, member states and national administrative bodies have long been the blind spot of European governance. "In recent years, the importance of good collaboration between national and European systems of governance has been painfully exposed in key areas. Existential shortcomings in the surveillance of European borders and the reception of asylum seekers, the failure to enforce national policies, the insufficient quality of the rule of law, and the lack of economic convergence underscore the administrative deficits currently facing the EU and its member states."

As a result, EU policy has raised various theoretical and policy-specific questions about the administrative capacity required by member states, the extent to which negotiations determine whether member states can deliver on their promises, and the type of European federation that is created (subsidiary or Brussels-oriented). At Radboud University, Professor Schout will research the role of the European Commission in enforcing agreements and the different narratives regional governments employ when it comes to European integration.
He will conduct his research in collaboration with members of the multidisciplinary research group Europeanisation of Policy and Law (EUROPAL) at Radboud University. Professor Schout will also contribute to the development of education and PhD research in the field of European integration.

Adriaan Schout studied Economics at the University of Groningen and obtained his PhD in 1999 at the University of Leiden, where he researched Europeanisation within the Ministry of Economic Affairs under the guidance of Professor Uri Rosenthal. Before joining the Clingendael Institute, Adriaan Schout worked for the European Institute of Public Administration and conducted research for member states and EU institutions. He was an Honorary Fellow at the Centre for Social and Economic Research on the Global Environment at the University of East Anglia (UK), a Visiting Fellow at the Bruegel think tank in Brussels with a specialisation in European economic relations, and a member of the European Integration Committee of the International Affairs Advisory Board. Schout won the Best Book in Contemporary European Integration Studies award for the book he wrote with Andrew Jordan, titled The coordination of European governance: exploring the capacities for networked governance (Oxford University Press).