On 6 December 2017, the European Commission (EC) has suggested several proposals on the deepening and strengthening of the European Economic and Monetary Union (EMU). The Dutch Parliamentary Commission on Finance has asked Suzanne Poppelaars, scholar and assistant professor in Constitutional Law at Radboud University to write an academic factsheet on the question to which extent these proposals correspond with the Dutch constitutional system and especially the so-called power of the purse of the Dutch parliament. Last week, the factsheet written by Suzanne Poppelaars was published.

Her main conclusion is that the proposals partly weaken the role of national parliaments when it comes to budgetary affairs. For other parts of the proposals, the actual implications on the Dutch constitutional system are difficult to be discerned yet, because they remain rather undetailed.

The factsheet was established within the project "Parliament and Science”. In this project, the Dutch Parliament is collaborating with the four scientific organisations: the Royal Netherlands Academy of Arts and Sciences (Koninklijke Nederlandse Akademie van Wetenschappen, KNAW), the Netherlands Organisation for Scientific Research (Nederlandse Organisatie voor Wetenschappelijk Onderzoek, NWO), the Association of Universities in the Netherlands (Vereniging van Universiteiten, VSNU), the Young Academy (Jonge Akademie). The purpose of this project is to give academic knowledge more emphasis in the Dutch Parliament.

On Thursday 24 May, Suzanne Poppelaars will participate in a technical briefing about the factsheet, which is organized by the Dutch Parliamentary Commission on Finance. On the same day, she will also give a lecture in parliament on her dissertation: “The national power of the purse and European integration. The legal consequences of European integration for the Dutch and German power of the purse.”

Download the factsheet on the constitutional aspects of the EMU proposals. 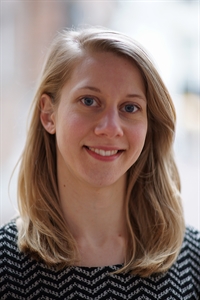