Glocal Hotspot brings together scholars analysing central contemporary phenomena with a critical lens and emphasising global-local interactions. We support open scientific discussion across fields, and support research on all levels.

In November 2020, we have announced the first round of Glocal Master Thesis prize. It is our pleasure to announce that the winner of the 2019-20 GLOCAL Master Thesis Prize is:

Paschalina Garidou with her thesis “Refugee Crisis and the EU External Border Regime: The Greek Case”.

Supervisor prof. Henk van Houtum outlined the merits of her contribution as follows: “Ms. Paschalina Garidou, who is originally from Greece, researched the evolution of the deadlock of the horrific Moria refugee camp, sho 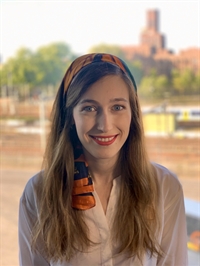 wing that the EU Hotspot Approach, the building stone of Common European Asylum System, and specifically Moria, constitutes the Achilles’ heel of that very system.”

Paschalina Garidou pointed to her personal affiliation: Her motivation originated from the realization that in her hometown, locals and refugees do not share a common ground for interaction. She had witnessed this during her internship, where she had the opportunity to meet migrants in person and teach them the English language.

Anne Lieke Ebbers was a runner-up for her thesis: “Counting Children to make Children Count: Determinants of Birth Registration and the Importance of Context Characteristics in Sub-Saharan Africa”. According to her supervisor Prof. Jeroen Smits, “Anne Lieke shows that major context factors are the availability of health facilities for maternity and birth care, the type of birth registration legislation, the local fertilit 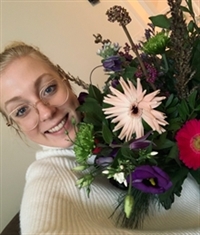 y rate (more children means less registration), living in the city versus the countryside and the occurrence of violent conflicts.”

Anne Lieke herself was struck by both the size and the ignorance of the problem she came to deal with. She was further motivated by a fellow student, whose mother had struggled for years with exactly this problem.

We congratulate the winner and runner-up of the Glocal Master Thesis 2019-20 Prize for their excellent research! We look forward to more Glocal research among master students in the coming years.