(Energy) power to the people – Insights into an Indonesian-Dutch collaborations

Since 2020 IMR-researchers affiliated with the TransAct and the GLOCAL hotspots are collaborating with Indonesian colleagues, exchanging experiences and ideas on the governance of the energy transition in Indonesia and the Netherlands and the societal impact this may have. Thereby the principal aim of this ANGIN-funded project is to identify avenues for future joint research projects. 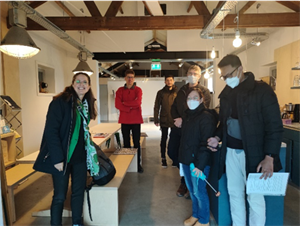 What did we do?

Deliberate! Discuss! Exchange ideas! …and this during many online meetings. Apart from that, we also conducted workshops, interviews, and surveys in small island communities in Karimunjawa and in Balikpapan city in the Kalimantan part of the island of Borneo, all helping to identify key issues related to energy supply in Indonesia.

One of the principal concerns, and hence also the “power to the people” moniker of our programme, is the messy interaction of climate change with more precarious forms of livelihood, through limited resources – in urban and rural contexts. With our preliminary research we sought to understand the interactive effects of reduced, more insecure livelihoods due to climate change, and how this might be
counteracted by access to affordable sources of energy, preferably sustainable in the long term. 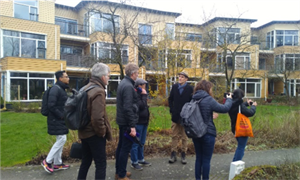 In January 2022, the Indonesian delegation came to the Netherlands. We visited two Dutch energy cooperatives in Nijmegen and Culemborg. These visits and the insights they produced helped to further sharpen our conceptualization of advantages and disadvantages of decentralized, citizen-led governance approaches to energy.

What did we learn?

Existing local initiatives for renewable energy. Even though Indonesia’s energy supply is based mainly on fossil fuels, we saw examples of renewable initiatives, e.g., fisher boats having solar panel (PV) installations, neighborhoods living close to landfills churning this waste into energy supply through methane gas installations. In general, communities visited were clearly aware of climate change, and were already experiencing its consequences in various ways. To them renewable energy sources would then also be much preferred, albeit only if the costs would be equal or less to fossil-based energy, due to affordability issues.

Energy justice issues. Even though access to energy is generally considered to be high in Indonesia, especially energy access of small island communities is still limited. Small islands are not connected to the grid, and their supply of liquid gas – their energy alternative - can be impaired during bad weather conditions, when boats cannot reach the islands. They also have to pay a higher price for energy than households on the mainland. Beyond such cases we also saw evidence of marginalized households with limited access to energy even though they lived in areas connected to the main grid. For them structural poverty impeded their access. Cases like this are seen more in areas outside Java, the economic and political centre of Indonesia, but not exclusively so.

Strong social capital of communities. Traditionally local communities have a strong social cohesion. Gotong royong, for instance, is a solidarity-based approach where members of a community help each other out. We evidenced that this is beginning to also now show in energy adjustment initiatives, for instance where money is collected at a collective level to pay for the costs of connecting houses to new energy infrastructure. This also supports the diffusion of renewable technologies as community members may follow examples of their peers. It also gives communities power to successfully advocate for their rights to energy.

What do we plan to do in the future? 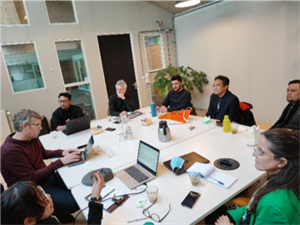 We want to continue with our fruitful, inspiring and, yes, also fun, Indonesian-Dutch collaboration. Combining governance research and intervention methods, we want to explore various forms of collaborative energy approaches, assessing their merit at local but also larger scales, to establish whether such decentralized, bottom-up forms of sustainable energy enterprising can be applied not only to more remote and marginal sites in Indonesia, but also link up to scalar levels beyond relatively isolated and internally cohesive communities.