In recent decades, the reduced number of permanent employment contracts, increased labor migration, and less powerful labor unions have led to a weaker position for employees. Independent contractors and flexworkers are less inclined to complain than people in permanent employment. This calls for a reform of the old ways of looking out for the interests of workers.

Dr Agnes Akkerman is Professor of Labor Market Institutions and Labor Relations and is studying how discontented workers also become discontented citizens. “In the US we have found that 40% of all employees are confronted with retaliations after pointing out work-related problems,” says Akkerman. “They may be paid less money, be given an undesirable time schedule, or be bullied, for example. It is not clear how often this occurs in the Netherlands or what methods are used by employers – or colleagues – to discourage outspoken behavior.” 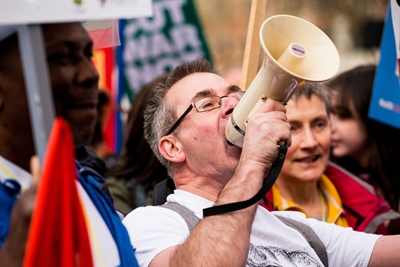 When discontent is not resolved in the workplace, people also may come to express their discontent outside of work. In their political behavior for example. Akkerman: “If you don’t get a hearing for your problems at work you can take your problems to a political party or a newspaper. You also learn political skills in the workplace, such as making compromises, standing up for yourself, and mobilizing people. This is a place where you can find out if you’re good at it, or if it has any effect, to be outspoken. Disappointing experiences can lead to political passivity in some while other people become more politically active.”

Going on strike is the workers’ last resort. This always triggers confrontations; also between employees, amongst themselves. “Will they support you or drop you? Strikebreakers are seen as traitors. If an employer brings in flex workers from abroad during a strike, as happened when staff at a Jumbo supermarket distribution center went on strike in the Netherlands in 2017, it can lead to a stigmatization of all labor migrants (or in this case specifically Polish migrant workers; as they had been brought in). This could also be a contributing factor for initiatives such as the “Polish reporting point” dreamt up by the political party PVV,” sys Akkerman. “But we have not found a direct relation between insecure labor conditions and a preference for populist parties.”

This research project also includes quasi-experimental research. Akkerman: “We propose hypothetical work situations to people and ask them how they would respond. By each time changing one element in the work situation we can see what the effects are of, for example, a colleague who supports an outspoken employee, or not.”

Modern labor conditions require resilient employees. Akkerman: “You can increase resilience through participation and involvement. It has to be designed better to suit the group of new employees, such as younger workers with temporary contracts. Secondly, communication skills training can improve the outspokenness of employees – ideally, people learn to fight for their interests during their education. Finally, it is important for organizations to know in which context and for whom outspokenness is welcomed in the organization, and where it is being discouraged. You could get employees to review how their line managers are dealing with these issues in a satisfaction survey.