European state aid rules, and the European Commission's inspection of compliance with these rules, have a major impact on financial aid measures taken by governments. State aid can be granted only under certain conditions and in some cases only after approval by the Commission. These rules apply not only to a national government, which for example lends support to a bank, but also to a municipality that is selling off land for a low price. Dr Pieter Zwaan is studying how municipalities are dealing with this European legislation.

As Zwaan was completing his PhD and studying, among other things, state aid for farmers in the Ooij polder near Nijmegen, he discovered the huge impact European state aid rules have. “The provincial and municipal authorities wanted to get farmers involved in the maintenance of the landscape. They wanted to provide the farmers with a financial compensation for this work,” Zwaan says. “The European Commission ruled that the compensation was not allowed to be too high, because it would otherwise distort competition with European farmers. This caused extremely high levels of frustration.” 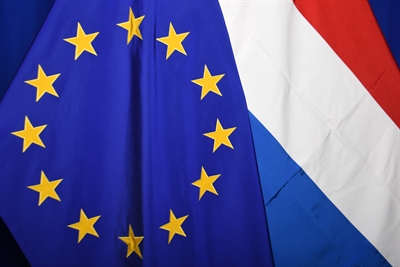 The precise level of compliance that the Commission aspires to with regards to the EU state aid rules became clear when the grass-mowing on the walking trails traversing the farmer’s lands was discussed. “According to the Commission, the monetary value of the mown grass, if fed to the cows by these farmers, had to be taken into account when calculating the compensation the farmers would receive for maintaining the trails. This shows how far they sometimes go.”

The European Commission is now stepping away from micromanagement. Aid under €200,000 and dispensed over a period of three years is in any case no longer defined as state aid. Additionally, more exceptions are being recognized so that certain aid is now exempt from the need for EU approval. These exceptions give municipalities more space to grant government aid without first submitting the plan to the Commission. It remains to be seen how municipalities operate within that space.

Zwaan: “Some municipalities figure out creative constructions to be able to make use of the exceptions, while other municipalities become overly cautious in reaction to the rules. We want to study which choices the municipal authorities are making in applying the rules, and their reasons in doing so. Smaller regions, especially, often have fewer resources and less expertise, while compliance with the rules is a complicated and time consuming process. If you want to obtain approval for your aid measures, for example, it mostly takes months before you know if you can grant the aid or not.”

The research project is being carried out in assignment for the Ministry of the Interior and Kingdom Relations but is not meant as a method for monitoring the municipalities. Zwaan: “We are trying to achieve a more general picture of what’s going on. We want to gain clarity about how relevant the rules are for the municipalities, how they handle the rules, and how far their knowledge and competence in this area reaches. The information we are gathering can then be used by the Ministry to offer assistance in applying the rules.”