We can learn a lot from the ‘forgotten’ German revolution

The November Revolution in Germany in 1918 is also known as the ‘forgotten revolution’. Undeservedly, according to historian Gaard Kets who has delved into the subject for his PhD research at the Political Science department.

Hunger, exhaustion and an unwinnable war. The German people were at the end of their tether. In mid-1918 more and more people took to the streets – against the war, and for ‘peace and bread’. In late October of that year, when the Naval Command ordered a final attack on the British fleet, they had had enough. Sailors refused to be sent to their deaths in a last battle that they couldn’t possibly win. The strike that they called on 4 November in the harbour city of Kiel was heeded on a massive scale. Throughout the German Empire, people turned against the authoritarian political system and against Kaiser Wilhelm II. The working class, who felt completely unrepresented by the parliament of the day, organised themselves into workers’ and soldiers’ councils to make their voices heard.

Figuring it out as you go 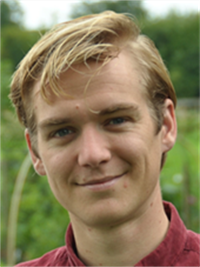 Although the November Revolution of 1918-1919 is also referred to as the ‘forgotten revolution’, the months of revolt mark a very important period in history, explains PhD candidate in political science Gaard Kets. “The revolt put an end to the First World War, closed the chapter on the German Empire and signalled the start of the modern Weimar Republic. For political theorists like me, this revolution is all the more interesting because of the spontaneous appearance of workers’ and soldiers’ councils.”

Workers formed councils to lead strikes and demonstrations and to introduce self-government in barracks, factories and cities. However, Kets explained, the notion of ‘worker autonomy’ had barely been worked out in the ideologies and theories of the labour movement of that time. “In other words, the workers, soldiers and also farmers who organised themselves during the revolution had to figure out as they went along what form the self-government should take.”

The councils had to answer questions such as: What does it mean to represent the working class? Who should be part of our political community? What do we want our future society to look like? What should the relationship be between our councils and other political institutions? Kets, who describes himself as an ‘interesting outsider at the Nijmegen School of Management’, is tackling these same questions in his doctoral research. “I’m looking at how the workers at the time expressed themselves and their political actions in conceptual terms. How did the process of theory and ideology formation happen?”

Kets has spent many hours in historical archives in Berlin, Hamburg, Bremen and Munich, looking for minutes of council meetings, newspaper articles, eye witness accounts, correspondence and diary entries of the people involved. In all these papers he has looked for political concepts and their evolution. “The word ‘democracy’ is one such concept. If I came across that word anywhere, I looked at the sense in which it was used by that person.”

“The interesting thing about the workers’ and soldiers’ councils,” says Kets, “is that this new form of democracy immediately followed on from, and was contrasted with, another form. At the time, the term ‘democracy’ could refer to parliamentarism, liberal institutions or to workers’ and soldiers’ councils in factories and barracks. Therefore, there was not only a physical struggle for power taking place in Germany, but also a battle for the meaning of terms of this kind. You can distil the development of a new theory or ideology from the different meanings of terms.”

A new ideology is one thing, but how did people disseminate their ideas to the general public one hundred years ago? “It wasn’t so very different from today. We have social media, but at that time news also spread around the country like wildfire. The streets were littered with newspapers, newsletters and pamphlets. Every splinter group had its own paper, some of which came out twice a day. Telegrams were sent on a massive scale and the post was delivered twice daily. Added to that, people soon realised that they were in a position to bring about major change, which fuelled the enthusiasm for the councils among a large sector of the population even more.”

While being interviewed, Kets is almost apologetic about his research: “It might all sound very dry …,” but if you hear him talk, that’s the last thing you think. He speaks enthusiastically about his subject and says more than once how much he enjoyed his research work. He can also clearly explain its relevance to society.

“My research shows that political philosophy isn’t only practised in the offices of intellectuals. We tend to think that brilliant ideas come from theorists, but we rarely stop to think about the role of the working class. What the November Revolution teaches us is that relatively uneducated workers and soldiers could also undertake large-scale political experiments. And that even a seemingly impregnable fortress like the German Empire could be conquered by an emancipatory movement that fought for a fairer existence. In a period of less than a year, the German soldiers and workers remodelled the entire system. What had appeared to be deep-rooted and self-evident proved not to be so. An important lesson.”

His research is also a call to pay attention to ideological developments from below at critical political moments, whether historical or current. “Political theories and ideologies give a coherent but not always accurate picture of historical events, although they help determine how we look at the world and the future. For us as political scientists, it is important to be able to analyse and interpret the development of both political institutions and ideas historically. What’s more, if we want to work on an emancipatory, radically democratic society in the present, it is worthwhile learning about how others worked on it a hundred years ago. This will bring nuance to the way we teach and learn about it.”/JvdB