NSM Focus | ‘You can do something to help lonely elderly people’

Roos Pijpers is Associate Professor of Human Geography at the Nijmegen School of Management. Her research focuses among other things on elderly people’s well-being in relation to their living arrangements, something that has been greatly affected by the coronavirus crisis. Four questions about loneliness among the elderly.

In your opinion, how does the coronavirus crisis affect the elderly? 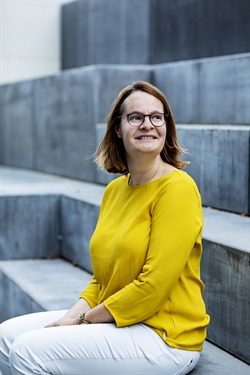 “Since the start of the coronavirus crisis there have been concerns about increased loneliness among elderly people, and I think these concerns are justified. Especially when it comes to elderly people living on their own. Like most people, many elderly people (aged 75 and older) enjoy having a daily structure. Like everyone, they look forward to fixed moments in the week: hobbies, encounters with people, exercise, baby-sitting their grandchildren, and visits from family and volunteers. We know from research that elderly people have a hard time when many of these activities cease during summer. It’s therefore only to be expected that they would really struggle this year, with everything being suspended already now. Add to this the fact that many elderly people still use the Internet rarely, if at all, which largely rules out video calls. Approximately 50% of my research respondents have no Internet connection.”

Is there a difference between elderly people living on their own and those in a nursing home?

“I think the current situation is probably more difficult for people living on their own. Unless they have serious health problems, people in the Netherlands tend to live on their own well into old age. Some of these elderly people were already feeling lonely. For others, the struggle with loneliness is new. It’s not at all clear that sporadic contact with family and neighbours is enough to alleviate these feelings. Hopefully, contact between neighbours will increase now that the Minister has called on people to make an effort to interact with lonely people in their neighbourhood.”

“Very old and vulnerable people in nursing homes no longer need a full agenda. Attentions may be nice, but responding to them requires energy, and old people’s energy is limited. So in that sense, the situation may be somewhat easier for them. On the other hand, it must be very alienating to be cared for by staff wearing protective suits and masks, especially for people with dementia. Also, in the last few days, there have been reports that an unexpectedly high percentage of nursing home residents are dying more quickly than expected. This no doubt leads to fear among residents and nursing staff.”

Is the situation different for elderly people in the Netherlands as compared to other countries?

“I wonder whether the living arrangements of elderly people in the Netherlands may have granted them some degree of protection from the virus. In Italy for example, it’s far more common for multiple generations to share a home. You can imagine that children and grandchildren going in and out may have contributed to spreading the virus among the elderly there. In the Netherlands, some rural communities were hit pretty hard, for example in Brabant and Limburg, but also in Gelderland. It may be that elderly people in rural areas see their family more often than city dwellers. Although the main outbreak centres seem to have been Carnival celebrations, village fairs, and religious services.”

What can we as a society do for vulnerable and often lonely elderly people in these times?

“Individually, you can do quite a lot for the elderly in your immediate surroundings. Even if they still go to the shop or see their family through the window or on a video call, they will appreciate someone dropping by a few times a week for a chat, at a safe distance of course. As a society, we would be well-advised to make sure that projects with paid staff or volunteers who visit the elderly or take them for a walk around the neighbourhood can proceed. As it happens, a few weeks ago, I spoke to a volunteering project coordinator who told me that in the last few years, their project has attracted a growing number of student volunteers. In any case, I think this is a beautiful and hopeful development.”