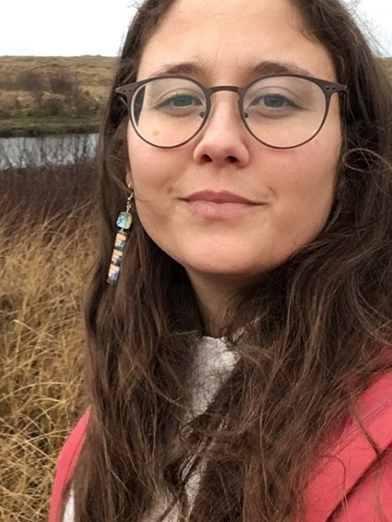 Their research, supported by RICH, focuses on North American Indigenous social movements and international solidarity with these movements.

Their current book project, tentatively titled Spirals of Transformation, is an interdisciplinary study of contemporary North American Indigenous social movements and literatures from their same place which argues that a heuristic of "spiralic temporality" (an experience of time where the past and the future are always part of the now), as well as an inclusion of literatures and other cultural products in the discussion, help us better grasp what these movements were about. It shows how the movements and the literatures argue not only against interference with Indigenous sovereignty and treaty rights but also for an Indigenous worldview which centers “radical relationality” with the land and all its relations, while modeling how this can be and is being lived.

Their new research investigates the relationships between European and Native American social movements, with a particular interest in the impact of Native women activists on women's and environmental movements in Europe.

Laura obtained their PhD degree from the University of Washington English Department in Seattle, USA, during which time they also volunteered with the Quinault Indian Nation on different projects. They received their MA in English Literature and Linguistics and their ME in Cultural Management from the University of Antwerp, Belgium. They also did selected graduate course work in Gender Studies at the University of Utrecht. Laura initiated and helped create a Graduate Certificate in American Indian and Indigenous Studies at the University of Washington, which is now being offered (since January 2020). They are also an Assistant Editor for Process: Journal for Multidisciplinary Undergraduate Scholarship (processjmus.org).