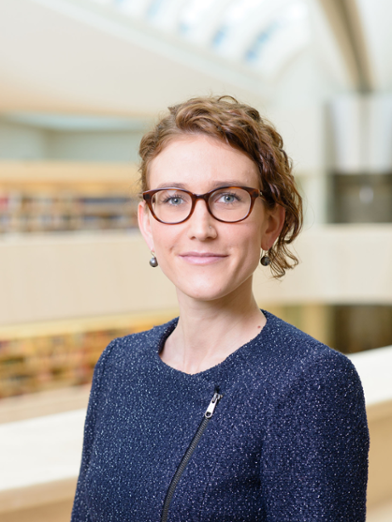 Seraina Grünewald is Professor of European and Comparative Financial Law at Radboud University Nijmegen, where she is also a member of the core team of the interdisciplinary Radboud Centre for Sustainability Challenges. She is a member of the Academic Board of the European Banking Institute (EBI) and co-leader of the EBI’s Working Group on Central Banking and Macroprudential Policies. She is also affiliated as an academic fellow with the EUSFiL Jean Monnet Centre of Excellence at the University of Genoa and with the interdisciplinary University Research Priority Programme Financial Market Regulation at the University of Zurich. In 2021, she became a member of the Sustainable Finance Lab in the Netherlands.

Prior to her appointment at Radboud University Nijmegen, Seraina Grünewald was Assistant Professor of Financial Market Law at the University of Zurich, where she also obtained her PhD. The PhD thesis was written at Yale and Harvard Law Schools and informed by her participation in the distinguished Internship Program of the International Monetary Fund. In 2012, she was a trainee with the European Central Bank. She is also admitted to the Swiss bar.

Seraina Grünewald conducts research in the fields of sustainable finance, central banking, financial stability and macroprudential policy, Banking Union, bank resolution as well as constitutional and institutional aspects of economic and monetary governance in the EU. She is frequently invited to present at international and European authorities, including the International Monetary Fund, the European Central Bank, the European Stability Mechanism and the Single Resolution Board.