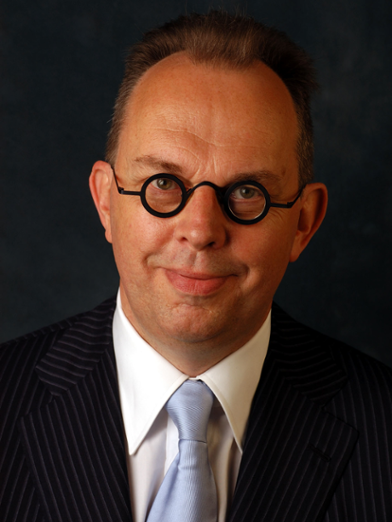 Peter Hagoort is director of the Max Planck Institute for Psycholinguistics (since November 2006), and the founding director of the Donders Institute, Centre for Cognitive Neuroimaging (DCCN,1999), a cognitive neuroscience research centre at the Radboud University Nijmegen. In addition, he is professor in cognitive neuroscience at the Radboud University Nijmegen. His own research interests relate to the domain of the human language faculty and how it is instantiated in the brain. In his research he applies neuroimaging techniques such as ERP, MEG, PET and fMRI to investigate the language system and its impairments as in aphasia, dyslexia and autism. For his scientific contributions, the Royal Netherlands Academy of Arts Sciences (KNAW) awarded him with the Hendrik Mullerprijs in 2003. In 2004 he was awarded by the Dutch Queen with the "Knighthood of the Dutch Lion". In 2005 he received the NWO-Spinoza Prize (M€ 1.5). In 2007 the University of Glasgow awarded him with an honorary doctorate in science for his contributions to the cognitive neuroscience of language. In 2008 he was awarded with the Heymans Prize. In 2012 the KNAW awarded his career contribution to the cognitive neuroscience with the Academy Professorship Prize (M€ 1.0). Peter Hagoort is member of the Royal Netherlands Academy of Arts and Sciences (KNAW), of The Koninklijke Hollandsche Maatschappij der Wetenschappen, and of the Academia Europaea.