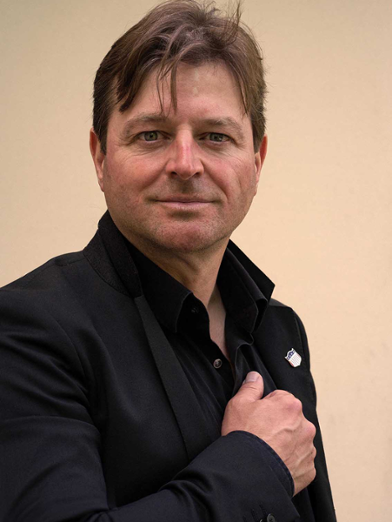 Frank Mehring is professor of American studies at Radboud University, Nijmegen. He teaches twentieth- and twenty-first-century visual culture and music, theories of popular culture, transatlantic studies, and processes of cultural translation between European and American contexts. In 2012, he received from the European Association for American Studies the biennial Rob Kroes Award for his monograph THE DEMOCRATIC GAP (Winter, 2014). Frank Mehring is the author of SPHERE MELODIES (2003) about the transcendentalist roots of the composers Charles Ives and John Cage. In 2004, he published a biography on the German-American freedom fighter CHARLES FOLLEN (2004) and edited his writings under the title BETWEEN NATIVES AND FOREIGNERS (2007). With Stefan L. Brandt and Winfried Fluck, he edited a volume on TRANSCULTURAL SPACES (2010). His recent research projects focused on THE SOUNDTRACK OF LIBERATION (2015), SOUND & VISION (2018), THE POLITICS AND CULTURES OF LIBERATION (2018) and the aesthetic connections between the visual Harlem Renaissance and Vogue Mexico in THE MEXICO DIARY (2016). Frank Mehring has been a member of the German National Merit Foundation, he was awarded a DAAD stipend at the music department of Harvard University (1997-8) and a Fulbright American Studies Fellowship to the Department of English and American Literature and Language at Harvard University (2004-5). After 2006, Mehring worked as an assistant and guest professor at the John F. Kennedy-Institute for North American Studies/Free University of Berlin. In 2008 and 2009, he was a fellow at the Smithsonian American Art Museum and the National Portrait Gallery in Washington, D.C. He offered seminars at the Berlin European Studies Program (FU-BEST), the Institute for Cultural Diplomacy, and as an Erasmus Exchange Professor at the Karl-Franzens-University Graz. He co-curated exhibitions on Winold Reiss, the Marshall Plan, and Liberation Songs in New York, Nijmegen and The Hague.

Onderzoeksthema Onderzoeksgroep
Trefwoorden: 20th and 21st American visual culture and music, Cultural Diplomacy from the Cold War to the War on Terror, Cultural Mobility and History of Ideas in European-American Contexts