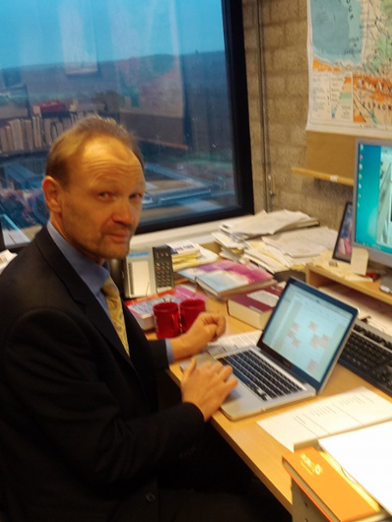 Bert Roest (Ph.D. University of Groningen, 1996) teaches medieval history and philosophy of history at Radboud University Nijmegen. His research focuses in particular on the intellectual and institutional history of religious orders in the late medieval and early modern period. He also works on university history, late medieval and sixteenth-century preaching and religious indoctrination, and body history. In January 2015, he completed the activities for the NWO Research Project 'Religious Orders and Religious Identity Formation'. Currently, he is collaborating with a number of International scholars on a project that focuses on the late medieval Observant movement (https://observance.hypotheses.org/ ), and he is investigating demonological writings from the late medieval and early modern period, as well as Franciscan discourses regarding lay women (13th-18th cent.). In addition, he maintains together with Maarten van der Heijden the Franciscan Author Website (https://applejack.science.ru.nl/franciscanauthors/index.html). For information on his further scholarly output see also the list of publications (pdf file).