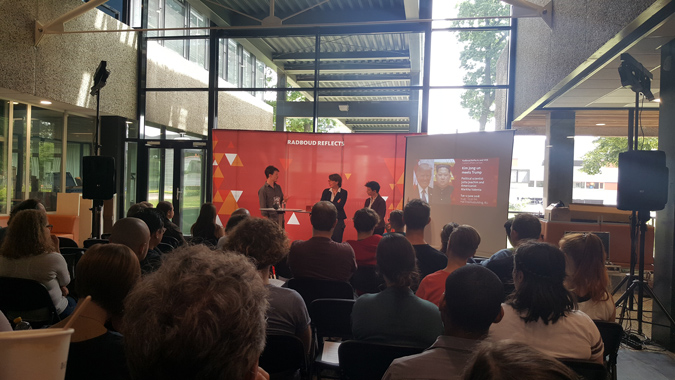 Two sworn enemies that were speaking fire and fury and “my button is bigger than yours” only a couple of months ago, now suddenly together shaking hands and signing documents – how did that happen?

JJ: The South Korean president Moon invested a lot. In fact, he and the Chinese politician Xi paved the way for Trump and Kim to harvest the fruit – which is characteristic for the leadership of both leaders. President Moon is of a different character than his predecessors, more moderate and conciliar, which is also important. To sum it up: it is not this event that turns the world around, a lot has happened before.

MV: In addition, it is unclear what damage the nuclear missiles North Korea owns can do. The country has shown a rapid development of nuclear possibilities, which of course builds up pressure. Another argument for the US was the imprisonment, release and following death of US student Otto Warmbier. Trump literally said “Otto Warmbier did not die in vain.” An argument for North Korea is that it sees that it is being surpassed economically on all sides by neighboring countries.

North-Korea wanted to meet the US for a long time, but they held off. What led to this change?

JJ: There have been initiatives before, but the time now seemed right for Kim: circumstances made it possible for him to step in as the kind, strong, superior man. I suppose they found a match in character and opportunity.

Does North-Korea still need an adversary?

MV: North-Korea wanted to negotiate from a position of strength: its nuclear development. Especially since president Bush included North Korea in his “axes of evil”, the national identification of North Korea with nuclearization strengthened. This image of being one of the main players in the field of nuclear weapons gives North Korea access to the world stage. What is more, North Korea has a history of occupation and colonization and a strong will to make sure this will not happen again.

“Safety first will remain in place”

So what could be the outcome of this summit?

JJ: The current trajectory is not unusual, making it hard to predict likely results. It could still go both ways. But it is interesting that there seems to be a shift from multilateral to unilateral relationships: countries are looking for one-on-one partnerships instead of larger collaborations.

MV: A concrete timeline proposal will take a long time. Especially since South Korea has an economic benefit from the present situation as it hosts the most massive US military base outside of America. Denuclearization and demilitarization are therefore equally important.

So the US military forces may also have a very different perspective on this summit?

JJ: Trump would not listen to them if that suits him better. But ‘safety first’ will surely remain in place, and the US involvement in South Korea will be continued.

MV: The two leaders meeting is an important step, whether one likes the actors or not. But it would be surprising if North Korea would give up its identity and denuclearize at once.

“Few people know that North Korea has been developing”

A meeting with his former enemy, being portrayed as kind, generous and brave – did Kim Jon-un already get what he wanted?

MV: That goes for the both of them: they are men who are making history. Trump may do this for personal and psychological reasons, Kim needs the regime of sanctions to be reduced. North-Korean leaders have always been portrayed as evil and their country as one of famine and floods, but few people know that North Korea has been developing: that there are skyscrapers and fancy restaurants in Pyongyang. Of course, it is still a country of tremendous violence and repression, but they seem to be able to incorporate enough of the people to avoid chaos and revolution.

JJ: North Korea has been silenced for a long time, now it has finally been given the floor. We have never learned so much about the country as in the last few months.

Is improving the image the most important goal of the meeting then?

JJ: That suggests a lot of strategy, and I am not sure if that can be branded to either of them. They both seem prone to short term thinking. Trump would start something completely different tomorrow if he feels like it. Another

MV: What Trump is doing now is easy to sell to his voters: they wanted someone who would act. And it works, even his behavior at the G7 is being framed by his supporters as the man who is firmly saying ‘no’. 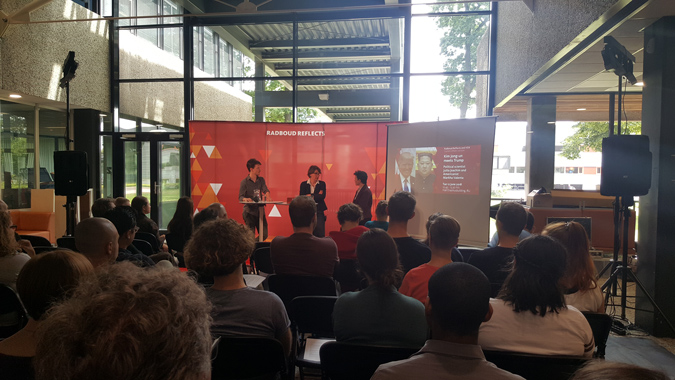