The Opportunities and Dangers of The Carbon Bubble

What will the long term consequences of the energy transition have for countries and citizen around the world? What is the role of politics? And what kind of policies would be helpful? The subject of the evening was the energy transition, part of one of the biggest challenges humanity faces today; the battle against climate change. Jean-Francois Mercure, climate scientist and lead auther on a study on the “carbon bubble” that was published last June and  made headlines worldwide, gave a lecture on the transition from carbon-based sources of energy to renewable energy . Thomas Eimer, political scientist at Radboud University, gave a lecture on the dangers and opportunities for smaller, local communities. Afterwards they discussed matters further with program manager Lisa Doeland and the audience. 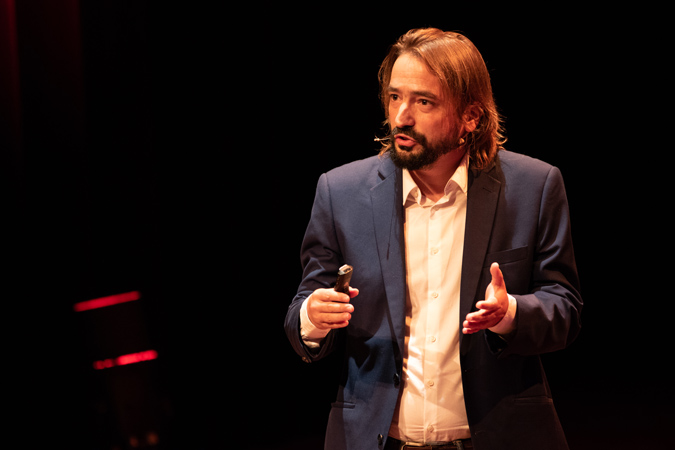 In his lecture Mercure goes into detail about the long term effects of the energy transition. In  doing this he compares the pending carbon bubble with the housing bubble of 2007 that sparked a global financial crisis to illustrate how a small change (in the mortgage market back then) can have huge consequences. The energy transition too can have a big economic impact. Mercure argues that the first impact of the transition could be that  low carbon investment boost economic activity. As electricity prices go up due to the renewable energy The second is that a decline in demand for fossil fuels will  lead to excessive supply and lower prices.. The third impact  is the changes this brings to the trade balance of countries. Countries that now import fossil fuel, like China, Japan and also Europe, will see a rise of income, competitiveness and GDP because of the change. Countries that export fossil fuel, like the USA, Canada and the OPEC-countries,will face the opposite; here it will lead to less jobs and a decline in GDP and competition. 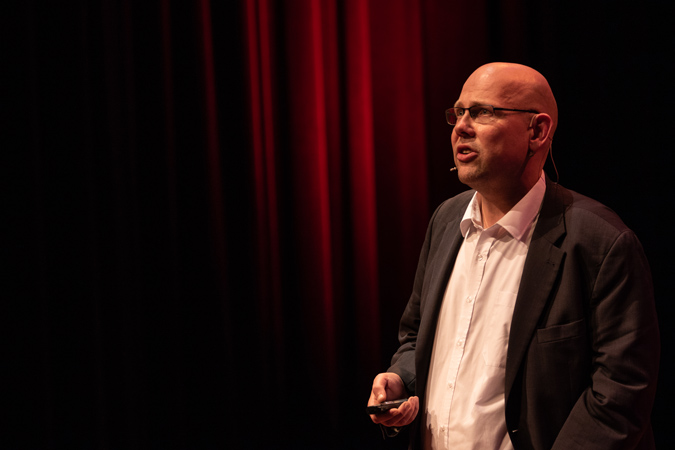 Is there a way out for the exporting countries?

The countries depending on fossil fuel will obviously lose from change and the importing countries will gain from this. This does not mean, however, that the losing countries stand to gain by working against the transition.  Mercure gives two reasons for this. Firstly, the Paris agreement compensates the exporting countries, if you step out if the agreement you will lose these benefits. Secondly, the high cost producers like the USA and Canada will benefit from the low carbon investment stimulus as a consequence of the transition. He concludes that it is better (or less bad) for exporting countries to  embrace the transition anyhow and figure out what the best policies are to adapt.

The dangers of the accelerated modernization process

Thomas Eimer is less concerned about what happens after the transition. He is worried about what happens during it. He argues that carbon offsetting projects contribute to an accelerated modernization process. The important question is what this modernization process entails. Local communities are often not used to a money-based system. When they become part of this process of energy transition they will face this money-based system. How will they deal with this transition from use value to exchange value? Western societies made this transition in a very different  context and had about 700 years to adjust. The emerging countries have about 70 years.  Nowadays local communities face huge difficulties because the short timespan in which they will need to adapt. 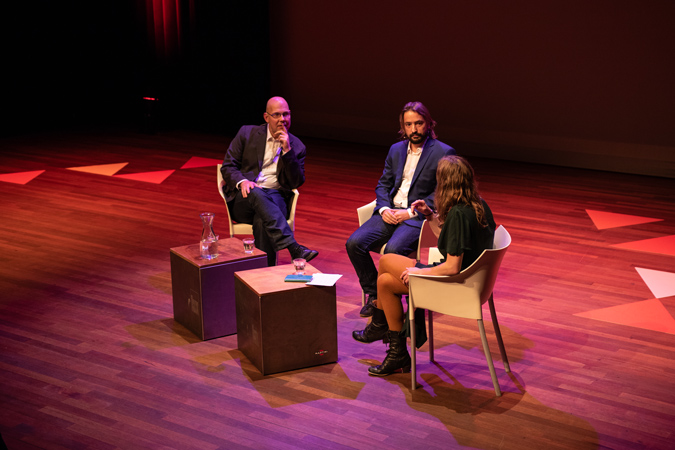 Eimer explains the two directions this process of rapid modernization  could go. It can either lead to individual and economic autonomy, defense of land rights, cultural self-assertion and political empowerment. Or it can lead to the opposite: enforces evictions, deforestations by landowners for the sake of subsequently subsidized reforestation and enforce assimilation and loss of socio-cultural identities. Eimer ends his presentation with a quote from a CEO of a German carbon offsetting company, which illustrates the complexity of the situation: "For our projects, we need to employ more social scientists than biologists".

Do we need to focus less on economic growth?

In the discussion the matter of degrowth is discussed. Can we kick our “carbon addiction” without degrowth? Mercure doesn't think economic growth is the biggest problem. He argues that economic growth and energy transition can exist along each other as  technology can evolve and keep on changing. Development in echnologies will inevitably change the amount offossil fuel needed  and we can have growth with other forms of energy. The second argument is that GDP can be decoupled from technology, so that it's possible to have growth without fossil fuels. Eimer, however, argues that the desire for economic growth is indeed a problem. If the developing countries will make the transition while they still need fossil fuels, it will affect their growth and that is something we need to consider.