Contemplation and Activism in the Life and Work of Thomas Merton

We are overworked, overstimulated, and feel void of meaning, yet we want to help others and improve the world. How can we stay committed to our cause without exhausting ourselves? How can we combine activism and contemplation? A possible answer to these questions may lie in the life and work of American monk and peace activist Thomas Merton (1915-1968). Jim Forest, long-term friend of Merton’s and author of his biography Living with Wisdom, and Thomas Quartier, associate professor Comparative Religious Studies at the Radboud University presented Merton’s remarkable life, and explained how Thomas Merton might still inspire activists today.

Jim Forest sketched a portrait of a man who lived an eventful life. Losing his mother to stomach cancer at the age of six, and seeing his father diagnosed with brain cancer at the age of sixteen, Merton did not care much for the trivialities of English upper-class life discussed in church. About to become an orphan, Merton was struck by larger questions, like how to reconcile the idea of a benevolent God with the constant suffering that he felt himself exposed to. Skepticism led Merton to an agnostic life. Although a moment of divine inspiration visiting the Santi Cosma e Damiano in Rome briefly led Merton to find prayer, this religious experience did not prevent him from indulging in heavy drinking and sexual license as an undergraduate. Forest explained how Merton fathered a child; a matter discreetly settled by his guardian who subsequently decided to send Merton to live with his grandparents in the United States.

Merton flourished in the United States. Enrolled at Columbia University, Merton started combining his enthusiasm for partying with an enthusiasm for study. The religious skepticism that he had harbored since the death of his father disappeared, and going to mass soon became an important part of his life. Having flirted with the religious life for several years, Thomas Merton joined the Cistercian Abbey of Gethsemani on December 10th, 1941, three days after Pearl Harbor. 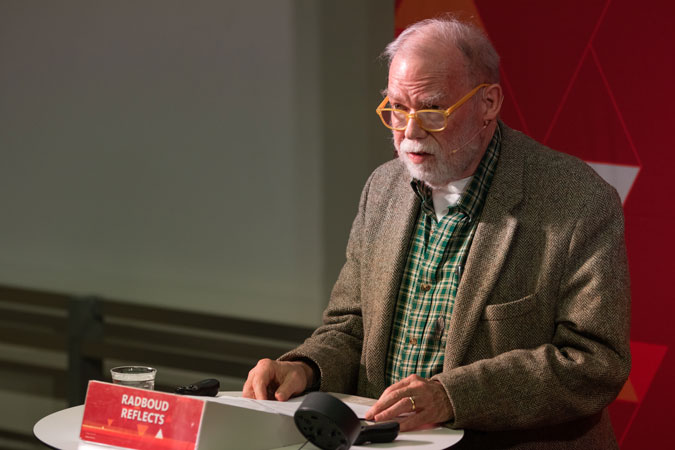 A Life of Silent Activism

Although Merton had initially felt writing to be at odds with his vocation, his abbot recognized his talents and encouraged him to write an autobiography: The Seven Storey Mountain. It became an immediate best-seller. Living an eremitical life in a small cinderblock building outside the monastery, Merton kept writing prolifically, mostly about non-violence and peace. Merton’s writings amassed a wide readership, but his position was far from uncontroversial, his writings landing Merton in trouble with the Church. ‘A monk may make beer’, Forest remarked, ‘not criticize governments’. However, his banned writings kept in circulation as mimeographs or under pseudonyms, and his correspondence allowed Merton to stay in touch with many people of importance in the world.

Merton’s life ended rather abruptly in 1968, on a pilgrimage in Asia. After several meetings with the Dalai Lama, Merton had flown to Thailand for a conference at a Red Cross retreat center. Shortly after a lecture, he died from accidental electrocution. He was buried at Gethsemani Abbey, and his grave has become a place of pilgrimage for many. The outstanding quality of his work and his ability to transcend religious categories have made Thomas Merton into one of the most famous monks of the twentieth century, and one of the few monks to be read intensely by both Christian and non-Christian readers. 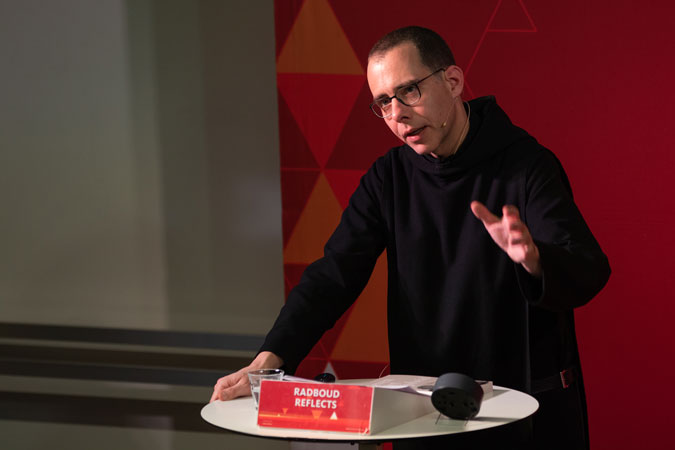 The title of Thomas Quartier’s presentation, ‘Taking risks’, is not derived from Merton but from Joan Baez. The singer and peace activist knew Merton well, meeting him for the first time in 1966 when she attempted to convince him to leave the abbey to join her newly erected institute for peace studies. Although they seem to be two entirely different characters, Merton and Baez have much in common. The tension between activism and contemplation leads both to take risks: the risk of activism in the Cistercian setting of contemplation, or the search for contemplation in a setting of social activism. 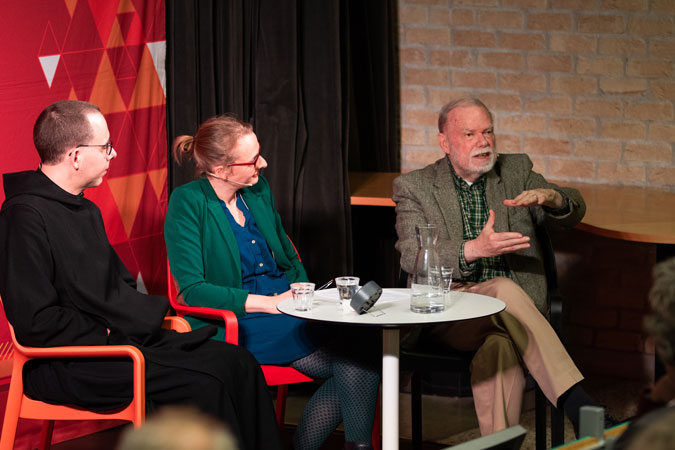 What can Thomas Merton, fifty years after his passing, teach activists today? Quartier suggested that Merton’s message would be twofold: dare to take the risk to be truly active, but, even more importantly, make sure you can always find your way back to the source. Burn-out among protesters and activists is at an all-time high as people lose access to a contemplative source. Merton also teaches us that you should not retreat so far into the monastery – or the yoga-pillows – as to become unworldly. It is within this fundamental tension that we need to find ourselves.

‘People we admire’, Forest added, ‘have in common a reverence for life. There is something utterly mysterious contained even in the most damaged person, and they warrant our response and care. Without that, everything we do is damaging.” Merton teaches us how to ‘heal wounds’ in society: “Be motivated by love, go to places of silence, a climate of prayer or meditation, breath in, and come closer to that mystery that some call God and others do not have a word for at all.”

This report was written by Simon Jacobs, as part of the Research Master Philosophy of the Radboud University.