Announcement - Ignorance, conscious and unconscious, has always been a part of the human condition. Whether it involves love, illness, trauma, or death, human beings are well versed at ignoring or denying the truth. But why do we sometimes choose to remain ignorant? And is doing so always a bad thing, or can (willful) ignorance also be beneficial?  Learn from Slovenian philosopher Renata Salecl about the many faces of ignorance. See full announcement below.

Verslag - Knowledge and Ignorance: Two Sides of the Same Coin?

Tonight our guest speaker was Renata Salecl, a philosopher, sociologist, and legal scholar. Her interests lie with psychoanalysis, legal theory, and modern political philosophy. She became popular through her books ‘On Anxiety’ (2004) and ‘Choice’ (2010) and has now written a new book called ‘A Passion for Ignorance: What We Choose not to Know and Why’, which was the topic of today’s lecture. Salecl joined us online from a comfortable chair to tell us about the different ways in which ignorance plays a role in our society.

Salecl began with describing the social aspects of ignorance. Although the current economy is often called knowledge-based, it might also be called ignorance-based. There is a lot of knowledge that is not freely available because of trademarks and copyrights, or because it appears in hard-to-access scientific journals.

A second social aspect of ignorance is related to big corporations and big data. Consumer data is collected in big data sets of which consumers are often unaware. Corporations ignore consumer interests by making informed consent hard to reach and understand, and the algorithms that collect such data are opaque to the lay people who use them.

Corporations use ignorance to their advantage in another way. When disaster strikes, corporations use ignorance to avoid responsibility. An example is the British Petrol oil disaster in the Gulf of Mexico in 2010, or the way that nations dealt with the start of the covid-19 pandemic. Chinese doctors and media got ignored, and in other countries the virus was simply denied. 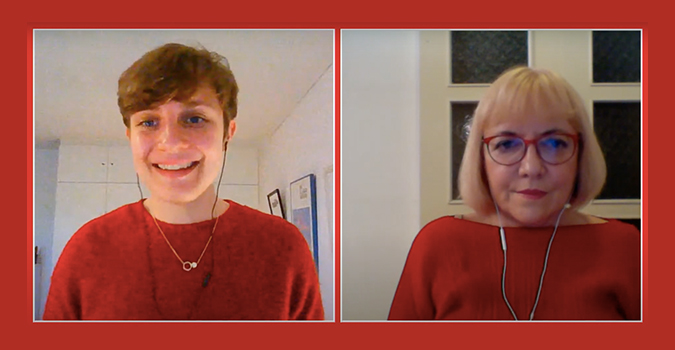 Salecl also identified ignorance to play a role in individuals. Research done on people who were hospitalised for a serious medical condition noted seven different types of denial – reasons why these patients denied the reality of their condition and the life-threatening risks it entailed. These ranged from a denial of the emotional impact of the medical condition, to denying information regarding their condition, to even delusions and psychotic-like theories as to why they could not be affected.

In the current pandemic, Salecl recognized similar types of denial. Some people gather a lot of information about the disease, but behave as if it cannot touch them, whereas others feel protected because they are living a healthy lifestyle. There has even been a case where a man felt protected from the disease because he thought his phone was already infected with a Chinese computer virus.

Psychologists who encounter these kinds of denial and ignorance in their practice know that giving more information usually does not counter the denial or convince people. Instead, people with doubts should not be categorized in the same groups as those who are in denial. Such an echo chamber will only amplify pre-existing doubts. Instead, change must come with respect to people’s respective cognitive biases, which drive their hesitancy.

Apart from the structural and individual passions for ignorance, Salecl identified a third passion in her book. This passion has to do with feeling ignored. In the neoliberal society that we live in, relationships between people and authorities are changing. More and more people experience that no one is in charge, which means that there is no one to acknowledge them. This gives rise to the feelings and types of ignorance we see today, Salecl argued.

For example, the embracement of conspiracy theories and fake news can be explained using the emotional gain that people get from sharing such news. There is recognition from the community but also from the opposing camp, as the fake news brings out an emotional response from them.

The discussion focused largely on two aspects. The first was how ignorance and feeling ignored relate to each other, and where the line should be drawn between good and bad ignorance. Salecl explained that although ignorance and feeling ignored are two different concepts, she tries to connect the two in her book. When someone feels ignored it can change the way one relates to knowledge, thereby increasing individual ignorance strategies. These may not be very productive, so a way to improve is to embrace doubt. In this time with enormous amounts of information available, we should embrace the fact that we cannot have all the information readily processed. An open stance will prevent us from building our own echo chambers. As a practical example, Salecl herself said she uses two search engines to prevent being shown one-sided information.

The second main topic of the discussion related to the causes and consequences of structural ignorance. Salecl argued that structural ignorance is inherent in capitalist societies and power relations since the ideas of progress, development, and success require one to ignore future generations and possible consequences of our actions. She concluded the interesting evening by providing some take-aways from the current pandemic. In the future, we should acknowledge and embrace the fact that we will not have all the information we want. The open mind we create with that will prevent many cases of individual ignorance.

In conclusion, Salecl gave us an interesting insight into how ignorance plays a threefold role in our society: There is structural ignorance from corporations who use it strategically for their own benefit, individual ignorance in dealing with stressful situations, and a feeling of being ignored which results in alternative strategies for recognition. By embracing doubt and informing oneself using a variety of sources, one can reduce the chances of resorting to individual ignorance. Ignorance may be bliss, but doubt may be better.

This report is written by Jochem Koopmans as part of the Research Master Philosophy at Radboud University.

Ignorance, conscious and unconscious, has always been a part of the human condition. Whether it involves love, illness, trauma, or death, human beings are well versed at ignoring or denying the truth. But why do we sometimes choose to remain ignorant? And is doing so always a bad thing, or can (willful) ignorance also be beneficial?  Learn from Slovenian philosopher Renata Salecl about the many faces of ignorance.

The value of ignorance

Due to an abundance of information and misinformation, we increasingly find ourselves at a loss when it comes to distinguishing truth from untruth. In response to this, Salecl boldly draws attention precisely to the positive and "productive" sides of ignorance. In her recent book A Passion for Ignorance - What We Choose Not to Know and Why she underscores the psychological, social, and societal relevance of denial and ignorance. While active ignorance can help with processing traumatic experiences, it is not without good reason that love is ‘blind’. Salecl argues that ignorance can help us cope with the unknown and come to terms with the uncomfortable or unbearable sides of existence.

The value of knowledge

Yet, Salecl argues, ignorance also plays a vital role in acquiring knowledge about ourselves and the world around us. Indeed, being able to recognize where one's own knowledge ends and where ignorance begins is one of the cornerstones of expertise. In contemporary "knowledge economies," however, ignorance has gained a bad reputation. According to Salecl, there exists an imperative to know. As a result of this, not knowing has become almost synonymous with being a failure. As such, the knowledge economy has become an ‘ignorance economy’, in which people no longer feel comfortable to embrace and admit to their own ignorance. To turn this tide and, as such, overcome the dangers of ignorance, Salecl argues for a revaluation of the productive aspects of ignorance.

Renata Salecl will give a lecture on the function and import of ignorance in relation to death, sickness, trauma, and love. After her lecture, program manager Wouter Veldman will talk with Salecl about the role of ignorance in today's society and politics. What is new about today's 'ignorance economy'? What is the difference between harmful and productive ignorance? And in what ways should and can we incorporate this productive ignorance into our daily lives? After the discussion, there will be room for questions from the audience.

Renata Salecl is a Slovenian philosopher, sociologist, and legal scholar. She teaches at the University of Ljubljana, University of London, and London School of Economics. In her work, she combines psychoanalysis, legal theory, and modern political philosophy. She previously published The Tyranny of Choice about the destructive impact of the overabundance of choice and On Anxiety on the contemporary ‘age of anxiety’ and our inability to deal with it.

All viewers of this program receive a discount on Renata’s book ‘A Passion for Ignorance’ from the publisher, Princeton University Press. Click here before the end of the month and use the code IGN20 to get 25% discount (from any territory).