Announcement - Your pedometer shows your daytime activity. A good thing to know, but it can also lead to an excessive need to exercise in order to meet your goals. How does technology change our thinking about health? Do we still listen to our own body, or do we fully rely on the measuring devices? And how do Big Tech companies affect our health? Join the livestream of ethicist Tamar Sharon's lecture and reflect on the pros and cons of technological innovations in healthcare. See the full announcement below.

Verslag - The Dark Side of Health Technology

We increasingly use digital technologies to track our health. For instance, we use pedometers to count our steps and we use apps to monitor our sleep. Health technologies promise to make their users healthier by giving them control over their own health. But do these technologies really improve our situation? Tamar Sharon, professor of philosophy, digitalisation and society at Radboud University, recognises the benefits that health technologies bring, but warns that they may endanger autonomy, inclusivity and solidarity. She recently contributed to the book Een gezonde samenleving, authored by scientists from Radboud University. In this programme organised by Radboud Reflects, Sharon gave a lecture about the benefits and dangers of health technologies. After her lecture, she engaged in a discussion with philosopher Cees Leijenhorst. 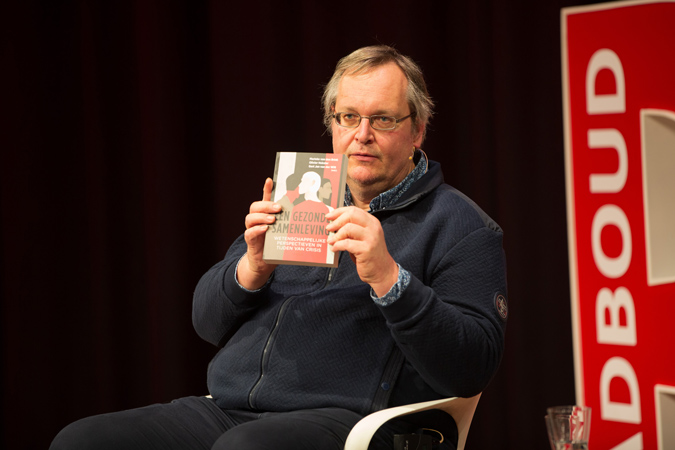 Shifts in the concept of health

Sharon kicked off by stating that scholars in philosophy of technology tend to see technology as neither good, bad or neutral. Rather, technologies redefine the foundational concepts we use to make sense of the world. “Before the advent of modern technologies, the concept of nature was seen as something given by God or by chance,” Sharon provided as an example. “Nowadays we tend to see nature as something that can be designed.”

The need for a holistic approach was exemplified by the Human Genome Project in the nineties, which attempted to sequence the entire human genome. Sharon: “While the project did produce knowledge on monogenetic diseases, the most important insight was how complex many diseases are. Diseases like diabetes and Alzheimer’s are a result of a complex interaction of genetic and environmental factors.” She continued: “The post-genomic understanding has led to a broadening out of factors that should be considered. This has brought us to a more holistic view on health, that includes for instance eating habits and even social media activity.” 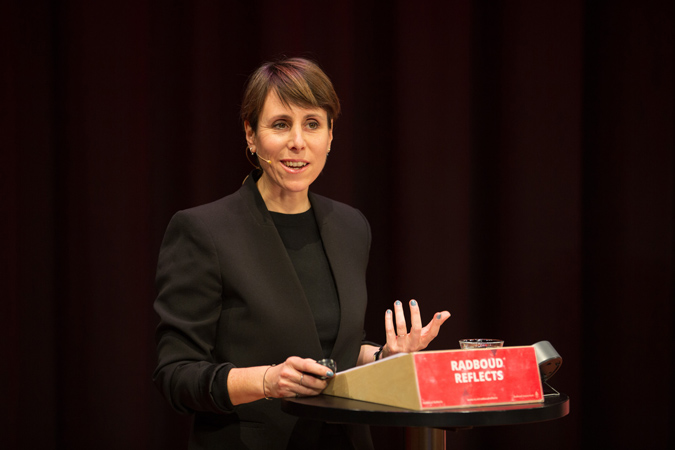 A continuous process geared towards prediction and prevention

Sharon added that digital technologies contribute to an understanding of health as a continuous process. “Health is now seen as an ongoing process that happens everywhere, anytime. It has transgressed the doctor’s office. Technologies contribute to this by acting as an extension of the clinic. For instance, we can now monitor vital health signs of patients remotely.” This contrasts with the typical approach in healthcare, which tends to be episodic. Sharon: “An episodic approach is good for some types of care, such as surgery, but chronic diseases require long-term and complex responses. Health technologies form the perfect companion for chronic diseases.”

Furthermore, digital technologies also contribute to a shift towards more preventive and predictive health, according to Sharon. “The move from reactive to preventive health is not entirely new, but technologies have propelled this trend forward. With datafication and remote monitoring, we can capture early signs of disease before they become evident.” She continued: “This also means that the boundaries between health and disease are being blurred. Everyone lives between sickness and optimal health.”

Sharon distinguished three negative impacts of health technologies. First, she noted the effects on our sense of autonomy. “The holistic and continuous approach to health implies that our health is unstable,” according to Sharon. “The constant surveillance needed has a negative effect on our sense of autonomy.” She warned of the dangers of surveillance: “Health data is generated outside the traditional spaces of medicine. Data that is collected on us can be sold and shared. This is dangerous, because if the data falls into the wrong hands, this can have serious consequences. For instance, your health insurer may rise your premium if they find out about your unhealthy buying patterns. Or your prospective employer may discover you have ADD and no longer wishes to hire you.” 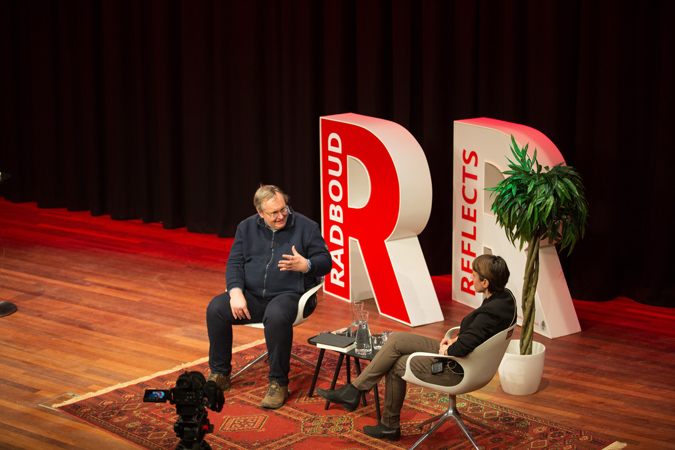 Secondly, inclusivity is under threat by health technologies. Sharon: “Artificial intelligence systems are vulnerable to bias.” She gave an example of a system used to detect skin diseases. The dataset used for training the system consisted mostly of images from light-skinned people, which resulted in the system being much better at identifying disease on light skin than on dark skin. Sharon: “Bias is not just due to poor data collection. It reflects a deeper problem, namely that AI can reproduce systemic inequality without us being aware of it.”

Thirdly, Sharon warned that health technologies may undermine solidarity, which is one of the fundamental underlying values of our healthcare systems. “Health technologies bring about changes in responsibility. Patients become the protagonists in their own care, empowered by technology to take more control.” She continued: “Health as an individual responsibility implies that we can choose our health and lifestyle freely. But we know that class, gender, and socioeconomic factors also influence our health. The individualisation of responsibility has harmful effects on solidarity. The more we see poor health as a result of poor individual choices, the less we see it as a matter of luck or fate.”

Sharon ended her lecture with a plea to keep our values in mind: “We only realise the unintended consequences of technologies once they have already happened. It is crucial to look around us to see how values like autonomy, inclusivity and solidarity are impacted by technological shifts, lest we lose these values by the focus on health improvement and cost reduction.”

Your pedometer shows your daytime activity. A good thing to know, but it can also lead to an excessive need to exercise in order to meet your goals. How does technology change our thinking about health? Do we still listen to our own body, or do we fully rely on the measuring devices? And how do Big Tech companies affect our health? Join the livestream of ethicist Tamar Sharon's lecture and reflect on the pros and cons of technological innovations in healthcare.

We see our pedometers and other health apps as neutral tools that we can use to take more control over our health. According to Tamar Sharon, these technologies are not neutral at all and they are changing our world in ways that we cannot foresee. These new digital technologies disrupt fundamental values that underlie our social relationships, institutions and political structures.

According to Tamar Sharon, we need to ask ourselves whether we really want this control. For example, mobile apps for digital self-monitoring, such as the pedometer, normalise surveillance. We find it normal that BigTech companies know how many steps we take per day and how much we move. Doesn't this go against our ideas about privacy? Do we want a society in which the level of your health insurance premium can be determined by how you treat your body? And don't these apps give a sense of pretended control and responsibility? What if you do get sick? Is that your own fault?

In her lecture, Tamar Sharon explains how technology changes the meaning of health. What do health apps do with our ideas about justice, equality, accountability and fairness?

After her lecture, Tamar Sharon will discuss the ethical and social consequences of technological developments in healthcare. Philosopher Cees Leijenhorst moderates the discussion. Ask your own questions and get involved.

Tamar Sharon is professor of philosophy, digitalisation and society at Radboud University. She researches how public values and norms are influenced by the increasing digitalisation of society and how these norms can best be protected.