The Radboud Radio Lab (RRL) is a team of talented researchers and engineers involved the design, manufacturing and testing of astronomical instrumentation, and part of the department of Astrophysics. Originally founded in 2015, the RRL team has grown from about four people at the start, to about 15 people right now and can provide expertise on software engineering, electrical engineering, system engineering, project management, all combined with expert scientific know-how. 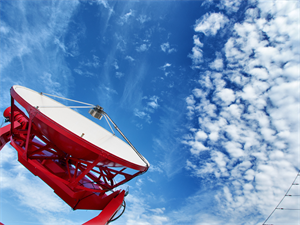 A dedicated lab space is available that supports the development and testing of bread-board and prototype systems, often in close collaboration with industry partners. In addition, the RRL manages and operates the optical and radio telescope facilities at the Faculty of Science, which are used for student projects but also serve as test environment for instrumentation projects that run via the RRL. The RRL has for example been involved in the delivery of a radio antenna payload (NCLE) for the Chinese Chang’e 4 mission to the Moon and multiple projects which aim at taking the first ever image of the black hole in the center of our galaxy.

The RRL is part of the branch organisation for space industry in the Netherlands SpaceNed.

The unique expertise of the RRL team allows them to operate on the boundary between science and industry, providing an interface between astronomers and engineers. In this process, the involvement of the RRL starts from the early science definition, proposal, concept and bread-boarding phase to the design- and prototype phase.

For the later phases when the actual instrument hardware will be build, the RRL seeks collaboration with expert institutional or industry partners. The RRL acts as liaison and has established working relations for the different groups at department of Astrophysics with institutions such as for instance ESA, NASA, ESO, SRON, and ASTRON, and industry partners in the Netherlands such as ISIS, Inspiro, S&T, TNO, ATG Europe. In addition to bringing technical and scientific expertise, the RRL can manage funding applications by bringing together the right partners and finding the funding schemes.