Having been back from Radboud University Summer School for a couple of weeks now, I thought now would be the perfect time to blog about my experience as I have had time to reflect. 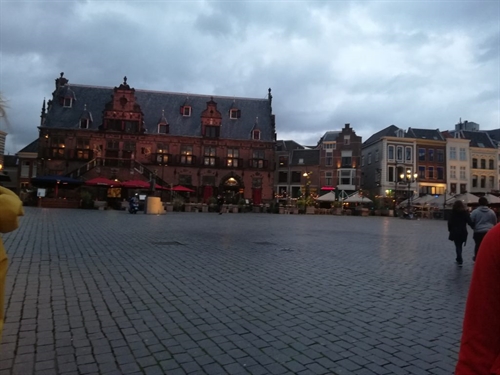 This is a picture of Nijmegen’s ‘main square’, which took my course friends and I an embarrassingly long time to find!

Watching as my Dad left me behind at Stansted Airport, I felt such a mixture of emotions. It was my first flight alone, which made me feel so nervous. In the back of my mind, all I was thinking about was: have I got everything that I need? To my surprise, I found that the rest of my mind was actually feeling really excited.

I completed a week-long summer school entitled ‘clinical skills in the treatment of anxiety and depression’. Keeping in mind my eventual goal of becoming a clinical psychologist, it instantly seemed perfect for me. We were on campus at Radboud from 9-5 every day, which at first seemed surprising. However, once we got into the swing of things I genuinely found that I just couldn’t get enough of the content. The structure was fantastic, as we were learning theory similar to here in Southampton, but after a short break we got to practise what we had learned in a roleplay scenario. This was amazing, because you could instantly see the benefits & challenges that came with each type of therapy. A highlight for me was one of the very first therapies, which also acted as a bit of an icebreaker! We had to complete ‘exposure therapy’ where we had to go around the campus in pairs and do things which might make us feel embarrassed. 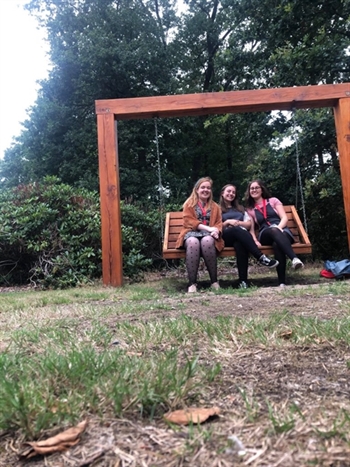 Just one of the lovely sites on the Radboud University Campus, the swing chair!

During the exercise, it’s fair to say the level of bravery varied! My personal favourite was the activity of one of my coursemates who stood at the top of a rather grand staircase and sang a song in a different language. Although we did less serious tasks than what a therapist might need to set in a real scenario, we could understand the way somebody with a phobia might have felt when going through exposure. I feel like this was a great way to improve our empathy as potential future therapists because we now know what it’s like to partake in therapies like this one.

One thing I will say about Radboud University, is that they never let us become bored! As well as the 9-5 days on campus, there was a great selection of evening activities, which were so much fun and helped us to bond so much. All of the different courses had the same socials, too, so we could learn a lot from others on the summer school. My personal highlight was the Pancake Boat, which set sail across the River Waal for the evening. I sat on a table with people who were already becoming great friends, and we could eat as many pancakes as we’d like whilst cruising along the river. Pretty much every topping you could think of was available, from brie to cherries (not a good combination!). It was so much fun to enjoy a unique experience with friends and learn from one another as well as the courses we were taking part in. 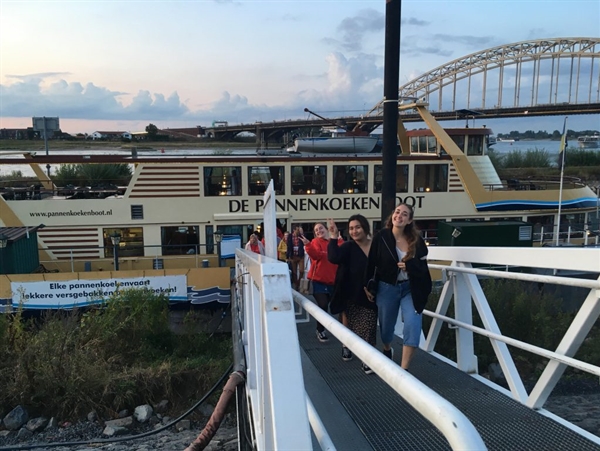 I honestly feel that from my summer school, I have gained friends for life…maybe even friends who I could be working alongside some day! This was unexpected, because I thought I might have been a bit out of my depth being one of the youngest there. Despite being a group of around 25, a big group including most of the course instantly formed and it was like we had known eachother for ages. The last evening was really special, because there were no social activities (as the summer school had officially finished), so we made our own as a group. One of the people from the Netherlands recommended a nearby Tapas place, where about 16 of us met in the evening. The food was amazing, but the atmosphere is one I’ll remember forever. A couple of the girls on my course are actually from Southampton Uni, and we are already planning to meet for coffee this academic year in Southampton which I’m so excited for. 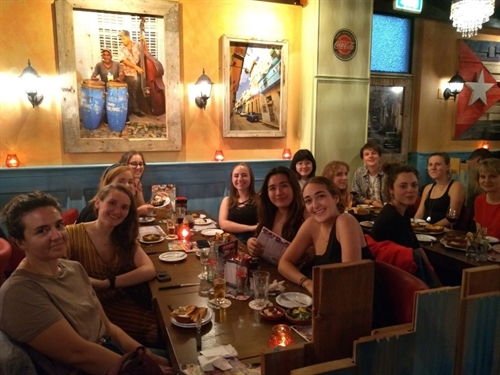 Clinical Skills night out – Tapas at La Cubanita in Nijmegen!

I was glad that I had taken the plunge, because I came back feeling so much clearer about my future and with a new set of friends from all over the world! For anybody who might be on the fence about enrolling for a Summer School, I couldn’t recommend it enough. Bedankt, Nijmegen!