Nicola at the Radboud Summer School, The Netherlands

Heading into my third degree I knew it was time I take the opportunity to travel abroad as part of an exchange program. I had been toying with the idea throughout my time at Stellenbosch University and as I look to finishing my MA soon – I knew that the time was now. Selecting a Summer School location was the easy part. I had decided a while ago that I wanted to travel to the Netherlands. My mother spent a few years of her childhood in Amsterdam, and I knew this would be the perfect opportunity to see where she had grown up. Additionally – most of my MA research deals with gender studies, and with the Netherlands being regarded as progressive in this field – I thought it would be fitting to travel to the heart of it all.

I started by looking through Stellenbosch University’s list of partner universities in the Netherlands, and focusing on the summer school courses that they have to offer. Taking into account that I have a job, I knew that I would not be able to take more than three weeks of study leave.  Radboud University in Nijmegen stood out for several reasons – the courses on offer, the location, and the duration of the summer school.

Once I had selected a summer school, and focused on the courses I wanted to attend, it was time to complete the application. This was the easy part. With the help of a friend who is slightly more technologically advanced than I am, we managed to knock together an application video that I was proud of. The video answered all the questions in the application while allowing those on the panel to get to know me a little more. Once this was done, all that I had left to do was wait… and keep researching the interesting things to do in Nijmegen.

I was elated when I found out that I had been accepted to attend the Radboud Summer School in Nijmegen. Not only was I going to the heart of gender studies – I was spending three weeks where my mom had grown up. Once I was accepted by Stellenbosch’s International Office to travel to summer school, I had to apply for two particular summer courses at Radboud, each spanning a week.

As a practicing journalist and a journalism student, I opted for a course in Social Media Data Collection as well as a course in Gender and Diversity Studies.

In addition to a course fee waiver, the SU Travel Bursary covered flight costs, as well as accommodation for the duration of the summer school.

Packing for summer school was an easy task, I have to however admit that I am no light traveller. One thing to take into account when travelling in the summer as in Europe is that summer is not as “summer-y” as we know it. While I may have packed more dresses than I can count on two hands, SUMMER school is an overstatement. None of my dresses made an appearance at all, and jeans were a treasured item.

Booking my flight was simple although opting for the least expensive fight meant a long layover.

Arriving in The Netherlands:

While travelling to Amsterdam, I had a fourteen hour layover in Dubai International Airport. Arriving in the middle of the night, knowing that I had fourteen hours to spend perusing the endless shelves of overpriced perfume and gadgets was not what I was in the mood to do. A friend of mine told me that they offer accommodation and food vouchers to those who have a layover that is longer than eight hours. It would appear that budget cuts have put pay to that, as there was no such luxury.  I made several observations on my time spent in the airport. Firstly – DONT expect to do any shopping in Dubai Airport – unless you take out a home loan before your trip. Secondly – if you are looking to nap in the airport, the best location to do so is close to the children’s play area. There are small couches that make perfect beds if you are able to block out the sound of excited children bouncing around a play park, ear plugs might come in handy here. Lastly – if you are travelling through Dubai and you are able to pack in a pair of slip-slops and a towel, there are several bathrooms that have showers. 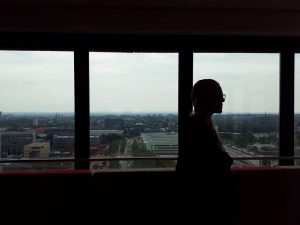 After thirty two hours I finally arrived in Amsterdam. I had the privilege of spending two days in this bustling city before heading to Nijmegen by train. 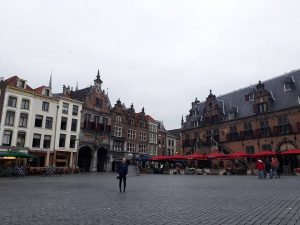 On the morning of my first day in Amsterdam I stepped out onto Prinsengracht and a scene of 100 thousand people celebrating Amsterdam Gay Pride welcomed me. This was the best morning in Amsterdam I could have wished for! In a day and a half I covered Amsterdam, celebrated LGBTQI+ and navigated my way on a bicyle, all before heading to Nijmegen for the work to start.

Nijmegen is the most underrated town in The Netherlands. I arrived on a beautiful Sunday afternoon to be greeted by students from seventy three other nationalities all studying courses raging from medical science to the arts. We were booked into our accommodation, provided with signature red Radboud University hoodies, bicycles and a plan of action for the week. The residence that I was allocated to is much like Metanoia and distance wise, classes were all held at the BA building and lunch was served in the Ou Hoof Gebou, to give one an idea of the layout of the land.

I met Caitlin Troup, a fellow Stellenbosch Student, on the first day of class and soon we become travel buddies. We navigated Nijmegen by bike together and quickly managed to blend in to look like locals. 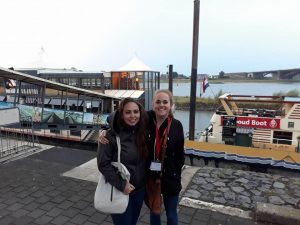 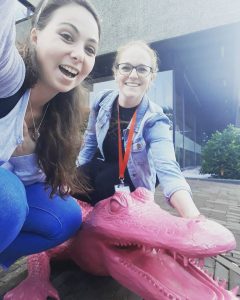 Class was from 9-5 with several tea breaks and a long lunch in between. The best part of Europe in the summer is the fact that the sun only sets after 10pm. This allows for ample sightseeing, pancake eating and shopping time after class. Our accommodation provided us with a kitchen so this allowed us to do basic grocery shopping and cook, so that we could save money and didn’t have to splurge on eating out every evening. Groceries are reasonably priced in Europe and the variety is incredible.

Over the two weeks at Radboud University I was able to interact with people from every corner of the world. I learnt that gender inequality is rife across the globe, that patriarchy crosses boarders and that we can slowly implement change if we all speak out against the system. Sharing stories of experiences of inequality in our daily lives made me realize that we have very far to go – but that it is possible. 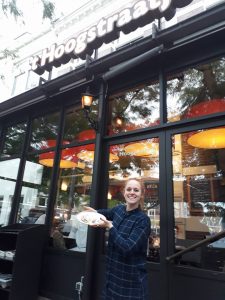 Thank you to Radboud University for hosting 700 students, from seventy three nationalities and thanks to Stellenbosch University for making my attendance possible.

Since returning to SA, I am eager to complete my studies and even more excited to be a part of the South African working world. One of the most valuable lessons that I learnt on exchange in Europe is that an education in South Africa is invaluable. We might have plenty of challenges, but the education we get simply out of social awareness is priceless. We may not live in a first world country, but we are rich with culture, heritage and excitement. The next challenge is to make sure every single child has access to education, and opportunities like the one I was able to go on.

Nicola shared her experience as a Stellenbosch University International Blog