Earlier this year, I heard about Radboud University’s Summer School in Nijmegen, the Netherlands, after reading an email from Strathclyde about the programme. As I study English Literature, Journalism, and Creative Writing, I decided to apply to the Dutch Culture and Language class as I felt this would relate to the language and linguistics components of my degree. I was lucky enough to be among a small group of students chosen to receive a scholarship from Strathclyde to study a week-long programme in Nijmegen. 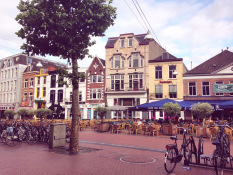 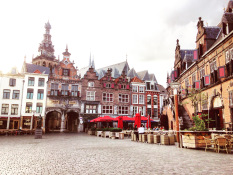 Yesterday, I came home after learning a lot about the Netherlands, meeting some amazing people, and having a great week in Nijmegen. Initially, I was a little apprehensive about learning Dutch because I hadn’t studied languages at all since early secondary school when I studied French and then had the option to drop the class in favour of Drama. Safe to say, I didn’t need to think too hard about picking Drama instead. But this course of Dutch Culture and Language was so much more fun than I imagined it would be.

The arrangement of classes was very relaxed and we probably spent as much time laughing as we did practising Dutch phrases and learning about bitterballen, Sinterklass, Koningsdag and much more. Our classes started from 9am and usually ended at around 4:30pm and although it was a short course, it was fast paced and very engaging – especially when we had copious amounts of ‘koffie’ on hand. I was also a little unsure of how much I would enjoy the experience of studying abroad because it was my first time living in student accommodation, travelling alone and/or with new people, and navigating my way around an unfamiliar place on my own. Luckily, I had no problems with finding my way around Radboud’s amazing campus and I didn’t even get the chance to start feeling homesick because our time in Nijmegen was jam-packed with classes and social activities including… 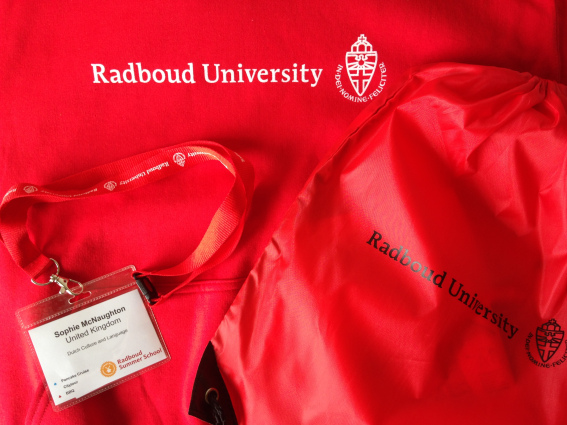 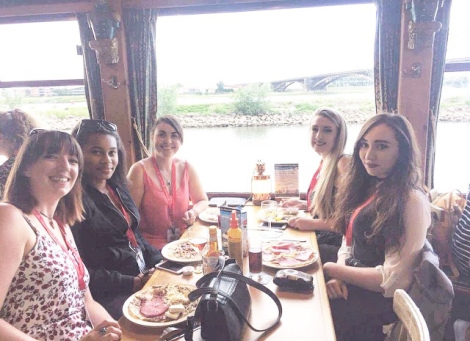 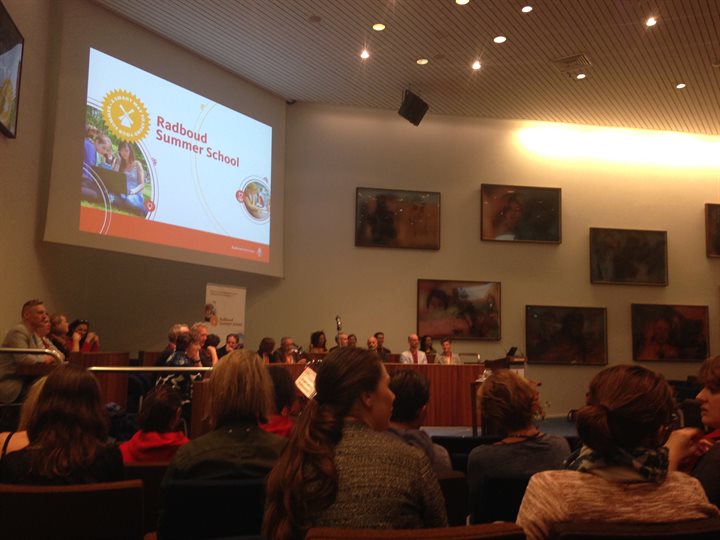 From being in class, exploring the city, and talking to Dutch people, I learned about: the Dutch version of Santa Claus (Sinterklaas) and the traditions and customs surrounding Christmas in the Netherlands, the birthday calendar or ‘verjaardagskalender’ that some Dutch people keep in their bathroom at home, bitterballen and krokets and all things deep fried in the Netherlands, the complexity of Dutch grammar and pronunciation, the gesture of waving your hand at the side of your face when eating to show that you are enjoying your food, ‘Koningdag’ a.k.a. King’s Day, the Dutch political and legal systems, cycling in the Netherlands, and more.

We also spent time exploring the city centre and I loved the gothic architecture as well as the modern side of the Netherland’s oldest city. 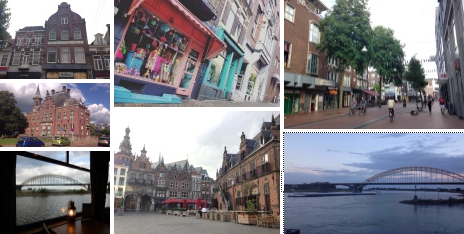 Another great thing about studying in Nijmegen was meeting people from various different countries, cultures and backgrounds. In my class were students from the UK, America, Canada, China, Isreal and Palestine, and more. Even though my course was English taught and everyone spoke a good level of/fluent English, it was so interesting to listen to how everyone spoke and how our different accents and dialects interacted with each other. This aspect of the experience has really sparked my interest in linguistics and dialectal speech, and it is now something I’d like to look more into.

For anyone considering applying to Radboud Summer School next year, I can’t recommend it highly enough. The programme was so well organised and the tutors and staff were so helpful, enthusiastic, and thoughtful with everything from picking us up from the train station on our first day and offering us a free lunch, Radboud hoodie and goodie bag upon arrival, to the excellent social programme, certificates and group photos, and much much more. I’ve never really thought of myself as the type of person who would enjoy studying/living abroad so I was a little worried I might find the experience overwhelming or daunting but I had an amazing time and it has only encouraged me to travel more and apply for more opportunities similar to Radboud’s Summer School.

Studying at Radboud gave me a lot more confidence and independence when it comes to travelling and studying, and it made me realise what I am really capable of even when I’m initialled worried about not being in my comfort zone. Radboud is also a great environment for making new friends and meeting a variety of people from different walks of life which makes it an experience that really opens your eyes to attitudes and perspectives you might not have considered before.

Sophie shared her story on https://moonchildwriter.wordpress.com