Neuroscientist Esther Aarts has been awarded a Crossover grant from NWO for her MOCIA project. This grant will boost progress in lifestyle research for the elderly. MOCIA focuses on achieving a healthier brain during aging, and involves a public-private partnership. 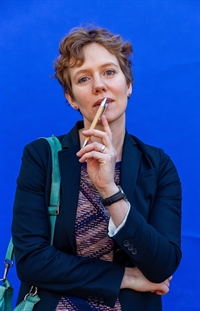 MOCIA stands for Maintaining Optimal Cognitive function In Ageing: a personalised lifestyle prevention approach. “As part of a global initiative, we will be testing and improving a lifestyle intervention that has already been shown to prevent cognitive decline in elderly people in the Netherlands,” explains Aarts. “We will focus on individual differences, predictive factors and resources with the aim of offering elderly people a personalised intervention at home.”

The Crossover programme is a new initiative of NWO, and the project proposed by Esther Aarts is one of the first of five to be approved in the current round. This programme is part of NWO’s contribution to the 2018-2019 Knowledge and Innovation Contract. With this contract, government, industry and knowledge institutes are underscoring the top sectors’ ambitions to strengthen the Dutch knowledge and innovation system. Compared with the 'standard' public-private partnerships, the intended projects in the Crossover Programme cover a wider palette of top sectors and other research agendas.