For Dr Nishant Shah, the essence of research is to bring about change. In the project Doing Things with Stories, he brings together world changers to create change in society through the use of stories. ‘What point is research if it doesn’t generate hope?’ 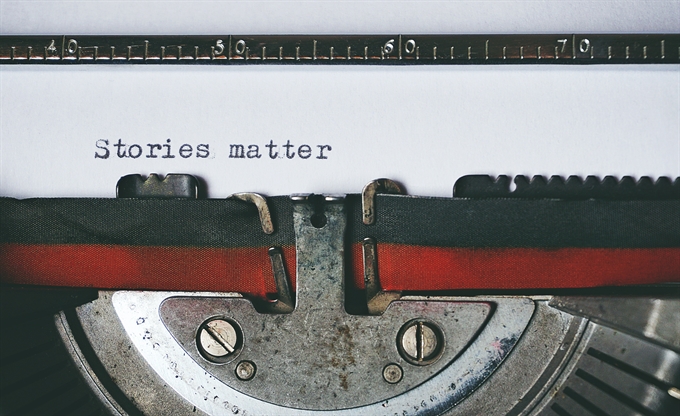 ‘Two years ago, we started a project with societal organisations in the global south. The goal was to identify what would be the biggest challenge in their digital futures. We thought the conversations would be about privacy and better digital security. However, after the interviews, we realised that the biggest challenge they thought they had was how to tell stories’, says Dr Nishant Shah. Shah is the director for Research and Outreach and professor in Aesthetics and Cultures of Technology at ArtEZ, working on gender, sexuality, and race questions in the age of misinformation, fake-news, and algorithmic digital networks. Currently, he occupies an endowed professorship at RICH.

'The biggest challenge societal organisations have is how to tell stories'

‘Societal organisations do two things: defending and countering misinformation’, Shah continues. ‘There is so much backlash, attacking and trolling, that they seem to be telling stories to defend their existence most of the time. These organisations feel that they keep telling people how bad things are instead of making the regular person on the street feel that they can do something to produce change. So, Oxfam Novib asked us: can you help us figure out how to tell stories that bring hope and that create collective action?’

The question led to a new project that started in September 2021: Doing Things with Stories (DTwS), a collaboration between Radboud University, ArtEZ and Oxfam. Dr Edwin van Meerkerk is involved in this project on behalf of Radboud University. He is also a professor at ArtEZ University of the Arts.‘The project is a pilot in which we are trying to figure out how to tell stories using digital formats and media and make these stories into narratives where people join us in the storytelling’, Shah explains. ‘Ultimately, we want to produce change by changing the narrative.’

People who want to change the story for the better are to be found all over the world. Shah gives an example: ‘In Mumbai, there is a woman – Neha Singh – who runs a campaign called Why Loiter? about women’s safety in public spaces. Singh says that the current problem is that the narrative begins with that public spaces are dangerous for women. In doing so, women are continuously taught how to be safe. Don’t wear this, don’t go there, call a friend, always have your phone on, carry pepper spray. By reinforcing that narrative, we never question why women should be safe in public; we only keep on telling them how to be safe in public. Neha Singh wanted to change that narrative and started to organise midnight walks for women through Mumbai. As a group, they walk at times and in locations that women in Mumbai usually don’t go to.’

Another shining example is Alejandra Ibarra Chaoul from Mexico City. She is a reporter, and for the last five years, she has been working on creating archives of stories from journalists who have been murdered. Mexico is considered the most dangerous country for journalists outside active war zones. ‘Once somebody is dead, what they stood for is forgotten’, says Shah. ‘Chaoul is working with the communities, families, friends, and the people whom these journalists were representing and writing about to carry on the legacy of the journalists who have been murdered for telling the truth or questioning power.’

The examples of Singh and Chaoul make it clear that it is important to decide how to tell stories and who tells them. Shah: ‘The point is to get people who are already in the process of community organisation.’ To bring these world changers together, the project Doing Things with Stories selected an initial ten residents - including Singh and Chaoul - from around the globe, from Peru to Tanzania, from Mexico to South Africa, and from Sénégal to India. Shah: ‘What are their tactics to actually create action? We are not teaching our residents; we are learning from them.We are trying to figure out how to change the narratives, not just as a rhetorical device but in actual practice. How do we organise communities and collectives?’

Meet the other residents

The endpoint of the pilot is to build MOOC (Massive Open Online Courses) to make the different practices available for a global audience. Over the next six months, together with the ten residents, a five-hour-long MOOC will be built in the form of a video podcast with lessons. At the same time, there will be a storytelling contest: people who go through the MOOC will be taught lessons by the residents with the goal to write their own story and submit it. The contest is open globally, and the final collection will be printed as a book with the stories of change-making.

Shah: ‘Almost all of my academic work has been trying to bring about change. What is the point of research if it doesn’t engineer hope and the capacity to see a future where change is possible? I always orient myself towards possibilities of hope. I work with civil society actors, policymakers, regulators, and lawyers to make them aware of the fact that they need to bring about change because they can. Let us show you how.’