DNA research into the secrets of 600-year-old parchment

Medieval books hide secrets that are not immediately visible. In a new project, art historian Hanneke van Asperen will unravel the mysteries of 600-year-old parchment scrolls, together with Wageningen University & Research and Naturalis Leiden, using DNA and protein analysis. A first in the Netherlands. 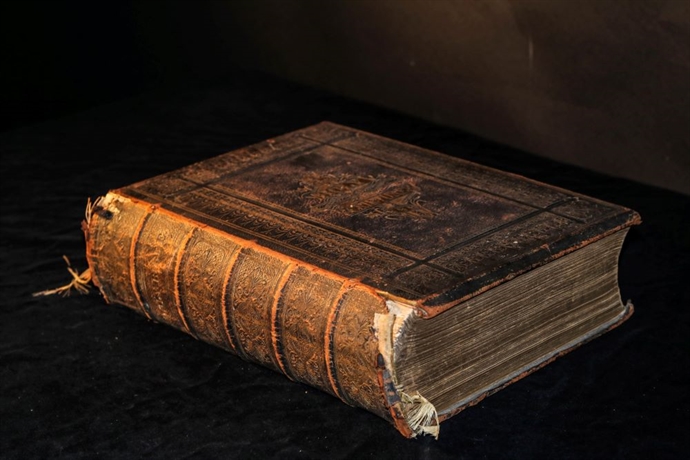 Recently, art historian Rob Dückers stated that some parchment scrolls from the 15th century, on the art market for a few decades, possibly belonged to a book from the library of the duke and bibliophile, Jan van Berry. The parchments have beautiful edge decorations of tempera, gold leaf and ink. Excitement all around because the decorations closely resemble those of the Belles Heures, a world-famous Book of H-ours from the early 15th century that The Metropolitan Museum of Art in New York has in their possession. The Belles Heures were illuminated (with miniatures and marquee paintings) by the Van Lymborch brothers, originally from Nijmegen, at the court of John of Berry. The question is: are these parchments indeed part of a book of hours by John of Berry, of which a number is known to have disappeared from his library?

Of the original 200 mysterious parchments, 15 are now in the possession of collectors in the Gelderland and Limburg region. Art historian, Hanneke van Asperen, has recognised this as a unique research opportunity. She recently received a Museum Grant from NWO, with which she can conduct art historical research into the Book of Hours, which originally must have consisted of some 200 pages. What is extra special about the project is that she will be collaborating with researchers Elio Schijlen of Wageningen University & Research (WUR) and Rutger Vos of Naturalis in Leiden, who will be subjecting some of these pages to DNA and protein analysis. The Maelwael Van Lymborch Studies Foundation will be the initiator and partner.

The combination alpha-beta is the trump card in this ambitious project. Van Asperen has extensive experience with research into medieval manuscripts and is a museum staff member of the Gelderland institution Kasteel en Museum Huis Bergh, which has a large collection of medieval books of hours. It is up to her to reconstruct the loose parchments digitally. On these, she can do an art-historical and stylistic analysis of the decoration and text and compare them to Belles Heures and other manuscripts, which were once in the possession of Jan van Berry. 'When you look at the parchments, some things immediately stand out', explains van Asperen. 'The border decoration is the same as in the Belles Heures. The text structure in two columns and the French lilies are also strong indications that Duke John of Berry was the intended owner. This part of the research is mainly about visual analysis, by looking.'

However, there are also questions that cannot be answered in this way. For example: which animal species did the parchment scrolls come from, and where did they come from? That information can tell us more about the origin of the manuscript. Researchers from WUR and Naturalis will try to bring this to light using DNA and protein analysis. 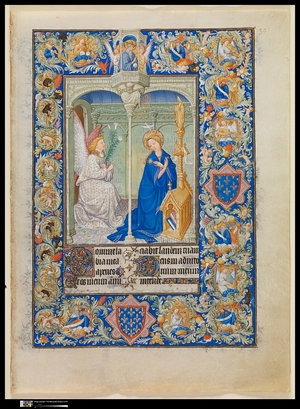 A page from the Belles Heures

Scientists in England and Denmark have already started DNA and protein analysis of old medieval parchments in recent years, but in the Netherlands, Van Asperen and her colleagues from Wageningen and Leiden are the first. Van Asperen: 'It is exciting research. The techniques are getting better and better, and above all cheaper. So more and more is possible.'

DNA analysis of parchment is called 'destructive'. This means that a very small piece of parchment has to be removed in order to examine it. Some of the new owners of the original parchments are willing to have that DNA research done. 'We will focus initially on the DNA analysis of the animals used for the parchment. Whether that succeeds remains to be seen,' says Van Asperen. 'DNA deteriorates as it ages, so we don't yet know if and what kind of information it will provide and how far you can go in drawing conclusions.'

Van Asperen expects that the parchment of these scrolls is from calves. The WUR has been collecting DNA from various Dutch cattle breeds for several years now. A DNA match with the parchments can thus reveal which breed of cattle was used and perhaps even which region that breed comes from. Van Asperen: 'Imagine that we can show that the parchment of the loose scrolls comes from one herd. In the past, books were compiled with parchments from everywhere and nowhere, just what was available. But you can imagine that a very specific herd was appointed for valuable books. Animals that are particularly suited to very luxurious parchments, for example. If these scrolls are made from animals from one herd, it indicates that it was a precious book.'

With this, we do not yet know whether the scrolls once adorned - bundled in a book - the same library as the famous Belles Heures. 'The curators of The Metropolitan Museum of Art will, of course, never give permission to hand over a strip of parchment from the Belles Heures for DNA analysis', Van Asperen explains. 'Another innovative part of our project is to investigate whether it is possible to get new information from the parchments using a non-destructive method - where no material needs to be removed. We could then demonstrate, for example, that the parchment of the Belles Heures comes from the same herd as these parchments. We remain realistic, and the research has only just begun, but of course, that would be wonderful.'

The project 'DNA and protein analysis of early fifteenth-century parchment' started in February 2022 and is expected to be completed early next year.