Hat parade on Prince's Day: “The hippy spirit really got hold of the Netherlands” 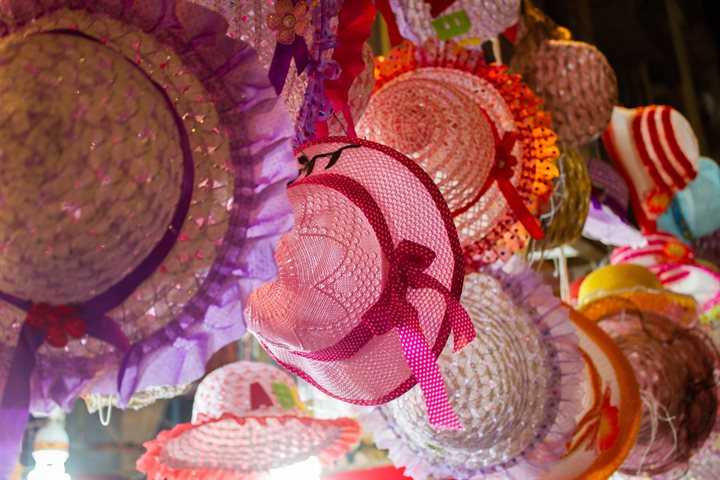 The fact that everyone already knows the content of the Annual Budget seems to be the rule rather than the exception on Prince's Day. More surprising than the Budget, however, are the extravagant outfits, in particular the hats, sported by female politicians on this occasion. Professor Anneke Smelik: “The merry, lavish hat parade is a typical Dutch response to our aversion to rituals.”

From felt, leather, and straw hats to a hat made of car tyres, and even one made from fish skins: the eclectic mix is hard to miss on Prince's Day. They come in many shapes and in all the colours of the rainbow.

”We’ve become accustomed to the colourful hats, but the tradition actually stems from a time when dress codes were much stricter,” says Anneke Smelik, professor of Visual Culture at Radboud University. She is referring to the first half of the twentieth century, when, on formal occasions such as Prince's Day, men were expected to wear top hats as part of their formal dress. These days, men still wear a tailcoat, but no top hat.

Although the dress codes relaxed rather quickly in the decades following the Second World War, women increasingly got into the habit of wearing a hat on Prince's Day. This tradition was partly shaped by former member of the House of Representatives Erica Terpstra, who wore a hat on Prince’s Day in 1977. “If you can't wear a hat in The Hague on Prince's Day, when and where can you wear one?” asked Terpstra.

“The tradition was revived 10 to 15 years ago. Female politicians are now taking it further and further, and they frequently make political statements with their outfits,” says Smelik, who recognises in this a typically Dutch trait. “The 1960s and the hippy spirit really got hold of the Netherlands. Compared to countries like Germany, France, and England, we’re much more fond of the informal style.”

This also explains the extravagant outfits on Prince's Day. “This is a traditionally formal occasion, the opening of the political year, but because of the Dutch aversion to formal clothing and rituals, politicians are giving a playful rebellious twist to the dress code.” At the same time, says Smelik, the growing influence of social media plays an increasingly important role in the ever more colourful outfits.

Politician in a dress?

Although the hat parade may appear carnivalesque, there are nevertheless clear social codes. “You can't just wear anything you like. Women still have the extra freedom of opting for a striking hat, but men have much less room for play.”

A male politician wearing a dress, following the example of pop stars such as Harry Styles and Brad Pitt, would be a bridge too far, according to Smelik. “Although the person in question would undoubtedly also get support, the critical responses would dominate, I suspect. A tailcoat in a different colour would already be a daring choice.” In conclusion, what themes does Smelik predict for this year's Prince's Day? “I wouldn't be surprised if the farmers’ protests were somehow referenced in this year's choice of hats.”