Wasserburg Rindern is a 17th century castle located between Kleve and Nijmegen with an eventful history. On December 6th a new book will appear on the moated castle, co-authored by RICH researcher Frank Mehring.

Jagdschloss, Gefechtsstand und Bildungsstätte: Die Wasserburg Rindern im Wandel der Zeit (Hunting lodge, command post and educational facility: the moated castle Rindern through the ages) is the title of the book in which Wasserburg Rindern, a castle located between the German city Kleve and Nijmegen, is discussed. In nine chapters the remarkable history of the castle is described between the 17th and 21st century from a historical, architectural and cultural perspective. 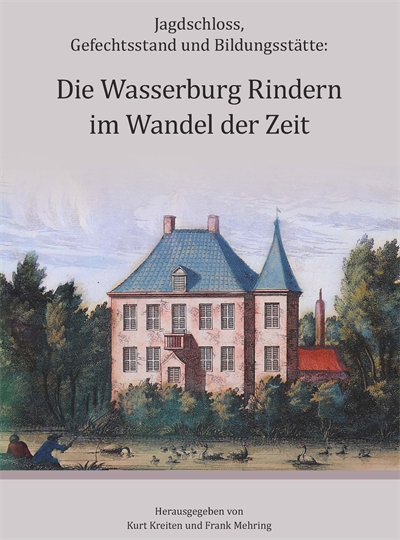 During its existence, the castle functioned as a hunting lodge for Brandenburg electors, orchards, gastronomy and a school for district brides. During the Second World War, Wasserburg Rindern acted as a command post of the German Armed Forces. In chapter 7 RICH researcher Frank Mehring describes how the castle was the place where in 1944 the German Wehrmacht and Anton Adriaan Mussert, leader of the Dutch National Socialists, forged the plan to blow up the dykes and flood the area between Kleve, Nijmegen and Arnhem to stop the invasion of the Allied Forces. In the chapter, Mehring further describes inundation - the deliberate flooding of an area so that the enemy cannot pass through - as a forgotten way of warfare.

The authors present the richly illustrated book as a contemporary invitation to think globally and research locally by interlinking local history with national perspectives and cross-border issues in each chapter.