The politics of humour is a serious business

Humour is serious and humour is political. With a special issue on the politics of humour, Ivo Nieuwenhuis and four fellow cultural researchers want to adjust the image of comedy as the ultimate watchdog of democracy. They do this by looking not only at the content, but especially at the form of humour. 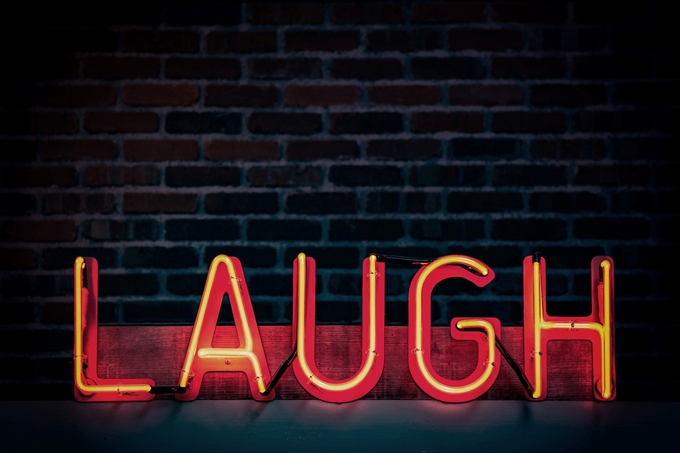 The idea that comedians oppose power, but do not exercise power themselves, is still widespread. But cultural humour - such as stand-up comedy, cartoons and films - has increasingly become part of political polarisation in recent years. It is typically a subject where clashes between left and right take place. Whereas in earlier years researchers denied that humour would have political and social effects, it is now generally acknowledged that humour can be a political weapon. Humour and comedy increasingly play a role in the power struggle about who can and cannot be part of society, often with a direct link to freedom of speech. The Dutch cabaret artist Theo Maassen, for example, defends in his shows his 'right' as a white male comedian to make jokes about marginalised social groups such as Muslims, women and gays.

Cultural and literary scholar Ivo Nieuwenhuis (Radboud Institute for Culture and History, RICH) has been studying humour, and specifically its political side, for years. Together with colleague Dick Zijp (Utrecht University), he compiled a special issue with five articles on humour and politics, in a prominent journal in the field of cultural studies. ‘Traditionally, humour has been the domain of philosophers, psychologists and linguists. In recent years, it has also been taken up by media and cultural studies. But we felt that the political aspect was still missing', explains Nieuwenhuis. ‘Cultural humour, such as stand-up comedy, cartoons and films, has in recent years become part of political polarisation. With the articles in this special issue, we show how you can analyse humour more thoroughly with a cultural approach. How does humour actually work and, more specifically, what about its political content and political message?’

The cultural approaches of Nieuwenhuis and his colleagues focus mainly on the aesthetics of political humour. ‘To understand how power and humour are related, we should not only look at the content or goals of that humour,' says Nieuwenhuis. ‘We must also look at the form it takes.’

In his article Ridiculing the unreasonable: The political aesthetic of Zondag met Lubach, he analyses a number of items from Zondag met Lubach, a Dutch satirical television programme broadcasted from 2014 to 2021, which deals with current social and political issues. Arjen Lubach, the programme's presenter, is best known for his critical view of both national and global powers and his activist political stance. For example, in a 2017 episode he called on his audience to sign a petition for a referendum on a new law that would significantly expand the rights of the Dutch secret services. This reached, within days, the minimum number of 300 thousand signatures needed for the petition to be considered for official consideration by the government.

According to Nieuwenhuis, however, there is something peculiar going on with the social and political criticism in Zondag met Lubach. ‘If we were to analyse Zondag met Lubach only in terms of content, we would see that he is following a progressive agenda. But in my analysis, I've shifted the focus to the aesthetics - his style and rhetoric. And that changes the political meaning of the show.'

According to Nieuwenhuis, Zondag met Lubach is much less critical and progressive than is often thought. ‘Lubach always makes his claims in the name of common sense and he presents himself as the voice of reason. He uses a businesslike, journalistic style and plays on common sense with facts,' says Nieuwenhuis. ‘That sounds sympathetic, but this attitude of reason tends to obscure the fact that for most issues of political importance there is no such thing as a single rational solution. By depoliticising your own point of view - 'it's not a political conviction, it's common sense' - the opinions of your opponents are automatically pushed into the corner of the irrational and unwise - in other words: not to be taken seriously.’

Viewer must be alert

Lubach uses exactly this logic of rationality versus irrationality in many of his items, Nieuwenhuis' research shows. The political implications of Zondag met Lubach therefore ultimately lie more in the form than in the content. According to Nieuwenhuis, there is nothing wrong with this per se, but the audience has to be aware of it. ‘There are all kinds of assumptions about humour - myths, I would almost say. For example, that humour is, by definition, liberating. Maybe it can be for some people, but not for others. It can maintain a certain status quo or consensus, exclude people in all sorts of ways or even suppress ideas or opinions. These are things we don't like to hear about humour, because it's fun and it should be allowed. As far as we are concerned, the situation is more nuanced and ideas about humour should not be left to public opinion alone. This special issue is an appeal to cultural researchers to take humour seriously in all its political variety.’

The special issue The Politics and Aesthetics of Humour of the European Journal of Cultural Studies was recently published online, with Ivo Nieuwenhuis and Dick Zijp as editors.