Literature and film can invite us to ask questions about society that people have never asked before, is the conviction of Valeria Grinberg Pla, professor of Spanish, Latin American literature, and cultural studies. As of 1 September, she is in Nijmegen as a Radboud Excellence Professor, based at the Radboud Institute for Culture and History (RICH). 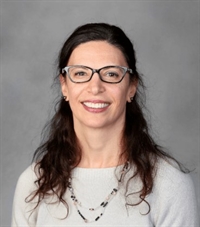 Professor Valeria Grinberg Pla is a literary, cultural, and film critic from Buenos Aires, Argentina. She has been a professor of Spanish, Latin American literature, and cultural studies at Bowling Green State University, Ohio, since 2006. Since 1 September 2021 Grinberg Pla is in Nijmegen as an Radboud Excellence professor. Together with Prof. Brigitte Adriaensen, she will be co-editing a handbook of Memory Studies in Latin America and the Caribbean that is to appear in 2025.

Professor Grinberg Pla is interested in what literature and film have to say about society. 'Fiction can paint a picture in which things don't add up. That makes us more aware, more critical and makes us have a different connection to the world around us', she says. For her PhD degree, she looked at a prominent political figure in Argentinian culture: Eva Perón. 'Maybe you're familiar with the musical Evita?' Grinberg Pla asks, adding singing: 'Don't cry for me Argentina. That is about her! She was married to the then president of Argentina. No one from Argentina says: Nah, I have no opinion about her. They either think she was an amazing woman or a bitch. That intrigued me.' The musical Evita and the movie based on the musical, starring Madonna, are known worldwide. But in Argentina, there are more than 200 pieces of art - novels, short stories, plays, poems, visual art - that negotiate Argentinian identity through an interpretation of who she was. Grinberg Pla: 'People started to rethink what it means to be Argentinian and how we deal with powerful women through the arts.'

After finishing her PhD Grinberg Pla turned to historical and political novels and how they represent violence. Can they help us to remember and make sense of the past, including dictatorships, civil wars, and drug-related violence? 'Reality in fiction is a metaphorical reality. It is a truth that works with the imagination', says Grinberg Pla.

'Let me give the example of the Guatemalan horror film La Llorona (the weeping woman), in which the legend la Llorona is combined with the story of dictator José Efraín Ríos Montt. La Llorona is an old legend from Mexico and Central America about a woman who has drowned her children in the river and at night she goes looking for them, crying. When you hear her, it means you have some kind of guilt inside you. José Efraín Ríos Montt was the dictator of Guatemala in 1982 and 1983 when a horrible genocide against indigenous people was committed by the military and paramilitary forces and complete indigenous villages were wiped out. In 2013, Efraín Ríos Montt was found guilty of crimes against humanity, but later the sentence was nullified because of a technicality and he walked free', tells Grinberg Pla, providing background for the movie. 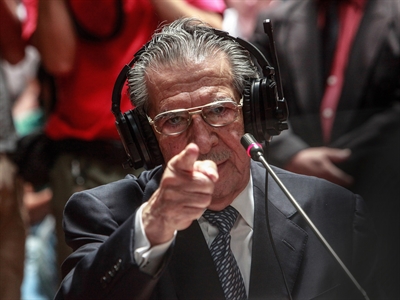 In 2019, Jayro Bustamante, a Guatemalan director, makes the horror film La Llorona. In the movie, an aging man, Enrique Monteverde, who is the former military head of state has to stand trial for crimes committed against humanity. After his sentence is nullified Monteverde goes home. People are outraged and start protesting nonstop in front of his house. Monteverde starts hearing a weeping woman in his sleep. A little while later, a young indigenous woman named Alma comes to work as a maid. Soon, supernatural things start happening. The protesters outside turn out to be the spirits of the disappeared from decades earlier. By the end of the movie, Monteverde's wife goes into trance and sees Alma's last moments: Alma has to watch her children being drowned by soldiers before being executed herself by Monteverde. The wife then strangles her husband in the trance and – as it turns out - also in reality.

'Although the movie is a horror film, it has a strong political message', says Grinberg Pla. 'It is fiction and yet it is closely connected to what happened in Guatemala. In this rendering of la Llorona, Alma is not a murderer but the victim. And she comes back to haunt her killer and demand justice for the injustice he committed and for the justice the legal system was not able to provide. So yes, novels, feature films, plays, books are fictional and do not establish a factual truth. But the stories are asking questions that invite people to think: how can we live with the guilt or the lack of justice, and how can we repair society?'

Grinberg Pla is currently also exploring the connection between movement and writing. 'I am interested in the impact of migratory movements in critical thinking. How people who migrated, or have been forced to migrate have developed a type of writing that challenges fixed notions of identity. I am particularly interested in movement together with manual work. Black people after emancipation on the British Caribbean islands didn't have work. So they moved around, to Latin America, to Venezuela, to other Caribbean islands, to Central America, to help build the Panama canal, to work on banana plantations or with oil companies. Those people were seen as lesser people because they were black. They had to develop a way of living and thinking that allowed them to survive in these unstable conditions. Their cultural identity was not just Afro-Costa Rican or just Jamaican, or just West Indian, says Grinberg Pla, emphasizing every 'just'. 'It was much more complex than that. I think the horizontal connection between Afrodescendant people from different national and postcolonial contexts is understudied.'

In this new project, Grinberg Pla will investigate the Afrocentric writings of three women: Eslanda Goode Robeson (1895-1965) - American anthropologist, author, actress, and civil rights activist -, Maryse Condé (1937, French writer from Caribbean Guadeloupe and strong advocate of Pan-Africanism and Zee Edgell (1940-2020), a Belizean writer who is considered to be Belize's most prominent novelist. 'Three strong black women, writing about migration and the impact it has on identity. They have different starting points, but their writings intersect. The book that I am currently working on is putting them in dialogue.'

Professor Grinberg Pla will stay in Nijmegen until the end of November and she will return in April for another three months. Besides work, she also enjoys the city of Nijmegen and its surroundings. 'My partner and I are renting in Nijmegen Oost, only ten minutes by bike to the university! I love doing yoga in the Ooijpolder on Sunday mornings. I love that you can bike everywhere and I am a real foody, so I already went to eat at Bistro Flores and it was delicious. I like to explore little shops and places and I dance the tango and started taking classes here. I'm never bored', says Valeria Grinberg Pla, smiling.