Prof. Huub Op den Camp has been appointed as Knight of the Order of the Lion of the Netherlands due to his extraordinary scientific and social contributions. He was presented the royal decoration by Hubert Bruls, mayor of Nijmegen, after his farewell lecture as full professor of microbiology with a teaching and research remit “Microbiology of acidic volcanic ecosystems”. 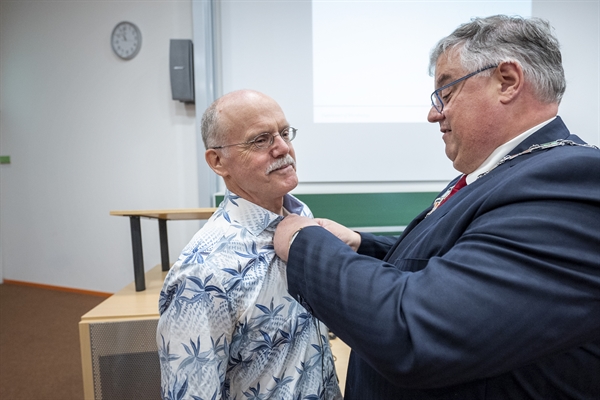 For the past 40 years, Huub Op den Camp (Roermond, 1956) has been dedicated to microbiological research, education and outreach in an impressive way. He is praised for his extensive knowledge of microbiology. In his research he worked on various and diverse projects, such as the nitrogen metabolism of mushrooms and research on microorganisms living in extremely acidic terrestrial volcanic ecosystems in Italy, a project for which he received an ERC Advanced Grant in 2015.

Since his appointment at the department of Microbiology in 1985 Huub Op den Camp has been the icon of the microbiological research and education at Radboud University. He was part of all education committees of Biology and significantly contributed to the improvement of the study programme. Huub Op den Camp is an inspiring lecturer. For many years he taught the first year course Microbiology for (medical) biologists, for which he was awarded the prize for best senior lecturer in 2018. He is also greatly appreciated as a guest lecturer at other organisations and as an external examiner at HAN University of Applied Sciences.

Huub Op den Camp is a well-beloved mentor of many junior researchers and students and has always devoted himself to transferring his knowledge and enthusiasm for microbiology in various parts of society. As a real connector, he offers advice and a ready ear to all employees and students of the department of Microbiology and the faculty. 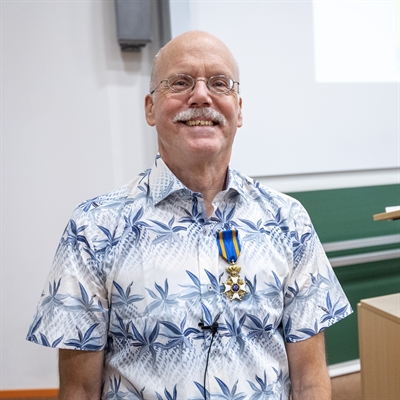