The new Living Planet Report 2022 of the World Wide Fund for Nature (WWF) reveals that populations of mammals, birds, amphibians, reptiles and fish have declined by an average of 69% since 1970. The report highlights the stark outlook of the state of nature and warns governments, businesses and the public to take action to reverse the decline in biodiversity. Radboud University scientist Aafke Schipper co-authored a chapter on biodiversity restoration scenarios in this report. 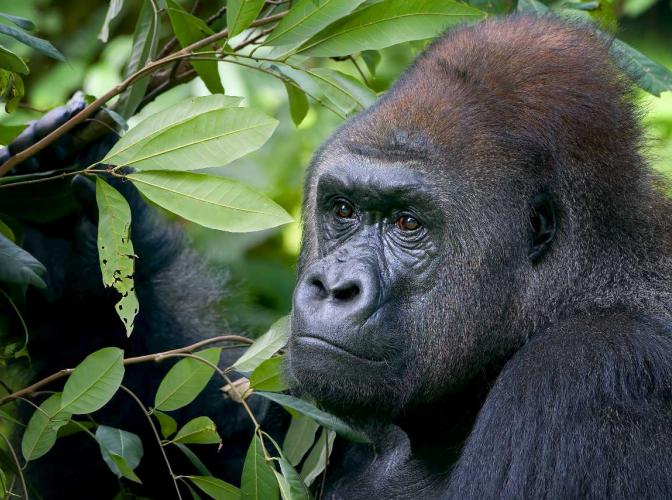 The report used monitoring data collected by the Zoological Society of London (ZSL) on 32,000 populations of 5,230 vertebrate species. Populations in tropical areas are plummeting the fastest. The data reveal that between 1970 and 2018, wildlife populations in South America and the Caribbean have dropped by 94% on average. WWF is very concerned about these trends, given that tropical regions are some of the most biodiverse in the world.

The monitored freshwater fish populations have decreased by  83%, the largest decline of any species group. Habitat loss and barriers to migration routes are responsible for about half of the threats to monitored migratory fish species.

Environmental researcher Aafke Schipper of Radboud University was among the Dutch researchers who co-authored the report. Together with researchers from Utrecht University and Wageningen University & Research, among others, she helped to calculate the results of various scenarios involving measures to restore biodiversity.

“Our calculations show that you cannot adequately protect biodiversity by only enlarging protected natural areas or promoting land use practices for nature restoration. We will also have to reverse the effects of climate change.”

The researchers calculated the effects of various scenarios involving land-use practices on biodiversity restoration. “We looked at a scenario based on what is called ‘land sparing’, which involves a strict separation between natural areas and farmland combined with intensive agricultural production methods, so that less land is needed to meet the demand for food and more land is available for nature. We also examined a scenario based on ‘land sharing’, where there is a relatively larger area of farmland, but the contrast between nature and agriculture is reduced by employing practices such as field margins or organic farming methods,” she explains. However, neither strategy will result in sufficient biodiversity restoration if you do not also take measures to reduce climate change, the researchers concluded.

World leaders are due to meet at the 15th Conference of the Parties (COP15) to the Convention of Biological Diversity (CBD COP15) this December, to reach new agreements aimed at biodiversity conservation and restoration. WWF calls for a binding and ambitious agreement to reverse biodiversity loss, similar to the "Paris Agreement" reached in 2015 to limit global warming.

More information about the Living Planet Report 2022 on the website of WWF.