Monika Mościbrodzka and Heino Falcke of Radboud University are separately honoured by the British Royal Astronomical Society (RAS) for their pioneering research and leadership in creating and interpreting the first images of the black holes in the galaxy M87 in 2019 and our Milky Way in 2022 with the Event Horizon Telescope (EHT) collaboration. Mościbrodzka receives the Eddington Medal for investigations of outstanding merit in theoretical astrophysics, and Falcke is awarded the Herschel Medal for investigations of outstanding merit in observational astrophysics. It is unique for two researchers of the same university to be simultaneously awarded these two prestigious medals for research on the same subject.

Dr. Monika Mościbrodzka has been awarded the Eddington Medal for her leading role in the award-winning imaging and modelling of the black holes in the centres of the M87 galaxy and our own Milky Way. 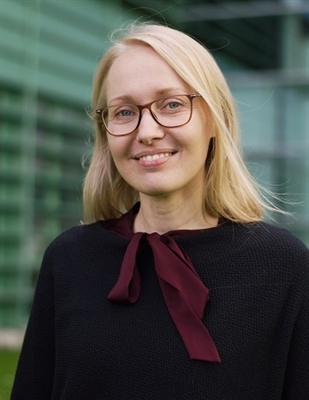 The RAS states: “Dr Mościbrodzka led both numerical simulations as well as the polarization analysis of these two black hole shadows by the Event Horizon Telescope (EHT) Collaboration. Dr Mościbrodzka pioneered the direct comparison of numerical simulations with observations of black hole images, which today forms the basis of fundamental tests of the theory of General Relativity using the EHT.”

“I am very honoured to receive this award” says Dr. Mościbrodzka. "I would have never expected to receive such recognition at this stage of my career. I am thankful for it and thankful to all my collaborators within and outside of the Event Horizon Telescope collaboration for working with me on various topics."

Dr. Mościbrodzka was one of the coordinators of the EHT Polarimetry Working Group which published the first image of the black hole in M87 in polarized light in 2021. She is coordinator of the EHT theory working group and is a member of the EHT Science Council.

Professor Heino Falcke has been awarded the 2023 Herschel Medal for his pioneering role in the capture of the first images of the shadows of black holes in the centres of the galaxies M87 and the Milky Way using millimetre interferometry. This was a truly outstanding observational achievement. Professor Falcke proposed this experiment in the late 1990s. He and his team made significant contributions to the technical developments that ensured all cooperating telescopes were equipped with custom-made equipment that was needed to carry out the observations.

Professor Falcke is very happy with the recognition: “The Event Horizon Telescope was a dream in my mind for over 20 years. I am thankful to all those who helped to turn it into a reality. Hence, I am gratefully accepting this price also on behalf of all my colleagues around the world who put their heart and soul into making these iconic images possible.” 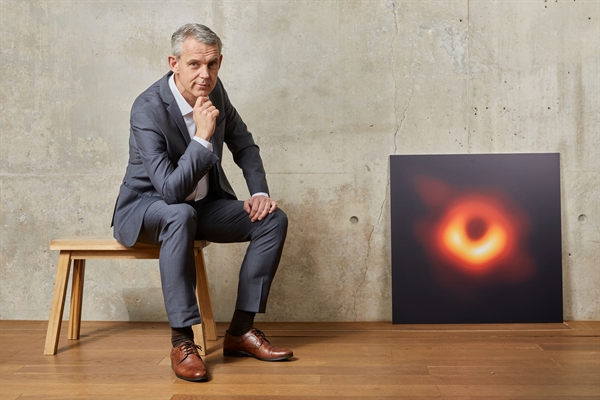 Falcke is co-founder of the EHT and currently member of the EHT board. He minted the term ‘shadow of a black hole’ and predicted the shape of the shadow in 2000. In 2013 he was awarded the European Research Council (ERC) Synergy grant, BlackHoleCam together with two colleagues. This grant funded a large part of the VLBI hardware and analysis tools of the EHT. Falcke is recognised for his pioneering work with several awards such as the US National Academy of Science Henry Draper Medal or the Amaldi Medal of the Italian Society of General Relativity and Gravitation in 2021. He was recently awarded a €14M Synergy grant by the European Research Council with fellow Herschel medallist Robert Fender (2020, University of Oxford) and Sera Markoff (University of Amsterdam) to build the first millimetre wave radio telescope in Africa to make colour movies of black holes with the EHT network.

About the Royal Astronomical Society medals

During the annual general meeting in January the RAS recognises outstanding research in astrophysics and geophysics through several awards, medals and prizes as part of its remit to support and encourage scientists working in the fields of astronomy and geophysics. Some are aimed at young scientists, while others recognise many years of dedicated service.

The Eddington Medal is awarded for investigations of outstanding merit in theoretical astrophysics. This medal is awarded for a single investigation, or a series of closely-linked investigations, of outstanding merit (including emerging areas). The medal was first awarded in 1953 to George Lemaitre, best known for his “big bang” theory on the creation of the universe. Other notable recipients are Stephen Hawking and Nobel prize winner Roger Penrose (1975) and Roger Blandford (1999, University of Oxford).

The Herschel Medal is awarded for investigations of outstanding merit in observational astrophysics. This medal is awarded for a single investigation, or a series of closely-linked investigations, of outstanding merit (including emerging areas). The medal was first awarded in 1974. Other recipients include Nobel laureates such as Arno Penzias & Robert Wilson (1977) or Reinhard Genzel (2014, Max Planck Institute for Extraterrestrial Physics), Pulsar discoverer Jocelyn Bell Burnell, as well as Michael Kramer (2013, Max Planck Institute for Radio Astronomy in Bonn) who, together with Luciano Rezzolla (Goethe Univ. Frankfurt), is also member of the Event Horizon Telescope collaboration and a partner in the ERC Synergy project BlackHoleCam with Falcke.