Radboud University is, just like last year, the best traditional, general university in the Netherlands, according to the Keuzegids Universiteiten. This is the ninth time in the past ten years.

The Keuzegids Universiteiten is published annually and is an independent guide that uses its own methods to assess the quality of Bachelor's programmes and universities. The areas assessed include the expertise of lecturers, the study load and the quality of the facilities. The Keuzegids relies largely on the assessments submitted by students in the National Student Survey. 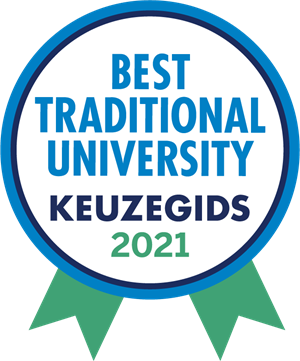 Owing to their exceptionally high scores (4.5 or 5 stars), five (Dutch-taught) Radboud University Bachelor's programmes have received the ‘Top Programme’ designation. According to the Keuzegids, they belong to the very top of Dutch university education:

Best in their field 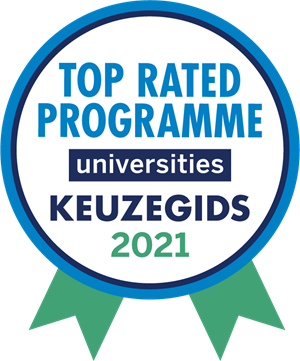 Nine Radboud University Bachelor's programmes (mainly Dutch-taught) are the best in their fields:

The full results can be found on the (Dutch) website of the Keuzegids Universiteiten 2021. Access is free when on-campus, or when connecting to the campus netwerk through eduVPN.

What is a 'traditional' university?

The Netherlands has fourteen universities (united under the flag of the VSNU). Of these, six are referred to as "traditional, general universities" because here the humanities, the social sciences and the natural sciences (including medical sciences) are represented. Besides Radboud University, these universities are those of Groningen, Leiden, Utrecht and Amsterdam (VU and UvA).