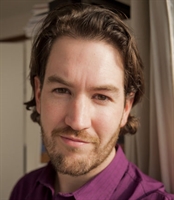 Tjerk Gutteling is a postdoc at the sensorimotor lab of Pieter Medendorp as of march 2012. Before this, his PhD research was performed at the University Medical Center Utrecht under the supervision of Bas Neggers. Here, he investigated the effects of action preparation on perception for both eye movement and skeletomotor actions (such as grasping). Prior to that, he obtained his degrees in artificial intelligence and cognitive neuroscience at Utrecht University. His main interests lie in the different modulatory effects on perception in the broad sense. Where these modulations were top-down influences due to action preparation during his PhD, the focus at the sensorimotor lab will be on the influences of vestibular input on different aspects of perception, such as spatial constancy and updating. These fundamental properties and their neural mechanisms will be investigated using a vestibular sled in combination with electro-encephalography (EEG) and transcranial magnetic stimulation (TMS).