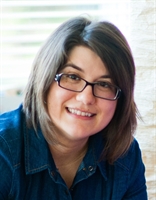 Daniela Wilson received a large number of scholarships and honors, such as the Nano-Micro Letters Researcher Award 2016 for research excellence in the field of nano- and micro- science, Aspasia 2016 by NWO, Nanoscience Award 2015, the Athena Prize of NWO (2015) for Excellence Female Chemists, an ERC Starting Grant for her self-assembly nanorakets research (2012) and a Vidi grant from NWO in 2015 for translating the nanomotor research into the clinic; the use of locomotive self-assembled carriers for targeted drug delivery and diagnostics.