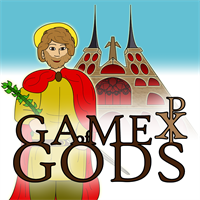 Legend tells us that Saint Victor of the Theban Legion fled to Xanten, the city where he died a martyr for the new faith, Christianity. Based on this story, Yentl Schattevoet MA developed the app Game of Gods as a valorization project for the Chair of Church History / History of Christianity in collaboration with chair holder prof. dr. Daniela Müller. Game of Gods is a tour taking place in and around the Xanten Cathedral in the city of Xanten (Germany). The gamer has to answer questions—as if he or she were a church historian—about (Christian) legends, martyrdom, relics and the clash between Christianity and Paganism. Gradually the gamer will learn more about religious history and church history in an interactive and exciting manner, thereby arousing a broader interest in religious history in general and the research conducted at the Chair in particular.

Screenshots of Game of Gods 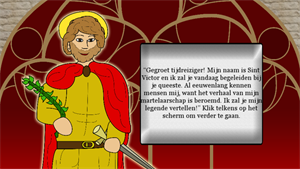 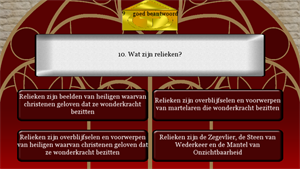