In this essay, I will discuss the short film The Grand Inquisitor that was made for the Open University and based on the chapter of the same name from Dostoevsky's book The Brothers Karamazov. Although the title suggests otherwise, this film is not about the inquisition and its inquisitors. They are more the stage on which the film was set. Yet, the role the inquisitor plays – or more precisely, the idea of the Spanish Inquisition – is crucial to the film.

The story of The Grand Inquisitor is set in sixteenth-century Seville, during the time of the Spanish Inquisition. The day after a hundred heretics were burned at the stake, Christ once again appears on earth. The people immediately recognize him and although they greet him with reverence and awe, they do not interfere when the Cardinal Grand Inquisitor has him arrested. Christ is put in jail and will be burned the next day. That night, the inquisitor visits him and proudly tells him how the Inquisition is finally succeeding in suppressing the freedom that Christ 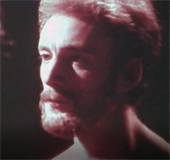 died for. He explains very rationally how this is in the best interest of mankind. Christ does not respond, but in the end, he kisses the inquisitor. Deeply moved, the inquisitor releases him.

Both the chapter in Dostoevsky's book and the film adaptation begin with a dramatic description of the Spanish Inquisition. The book speaks of a hundred heretics that were burned by the order of the powerful Cardinal Grand Inquisitor.1 The film starts with the sound of crackling fires and a voice-over briefly referring to the burning of the Church's enemies, followed by the beginning of the story. The film does not show that part; it starts with the inquisitor walking towards Christ's cell.

As the inquisitor approaches, we see visual clues that refer to the torture that is so commonly associated with the Inquisition: a dungeon, chains, and iron instruments in the fire. There are also visual and audible reminders that the 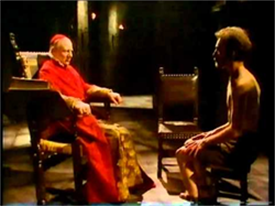 Inquisition was a church institution: we hear church bells and Gregorian-like singing, a monk accompanies the inquisitor and – most obviously – the inquisitor is wearing the robes of a cardinal.

The use of the opulent, bright red robes of the cardinal helps to make clear the difference in power. Unlike the robes the inquisitor is wearing, Christ only wears rags. Both men have their cloaks taken away. For the inquisitor, this means the splendour of his robes becomes more visible, while Christ is left almost naked. The inquisitor is also seated on a throne-like chair while he holds his monologue. Christ, on a simple stool, only listens. This portrayal strongly suggests that all the power lies with the inquisitor, while Christ is a helpless victim. This balance of power reverses at the end of the film when the inquisitor crumbles after Christ kisses him.

The way this film portrays the Inquisition fits in with the Black Legend, a form of propaganda against Spain and the Spanish Inquisition. One of the most influential pieces of propaganda was written by a man known as Reginaldus Gonsalvius Montanus. He tells a very detailed story of an inquisition victim. For every detail, he took the most extreme examples and made them look like the usual way of working.2 Because of this kind of propaganda, the term "Spanish Inquisition" strongly evokes the image of an institution that will stop at nothing to convert people to their way of thinking and wipe out any other ideas.

The depiction of the Inquisition in the film follows this legend and is mostly historically inaccurate. An important difference is that the encounter between inquisitor and accused would have been a trial aimed at conversion and penitence, not a condemnation even before the "trial" begins. The inquisitor condemning Christ to death is also historically inaccurate; only the secular power had the right to do so. In the majority of cases, however, sentences would be penances such as undergoing pilgrimages or wearing distinct clothing. Both burning at the stake and the torture suggested here were rare.3 However, the depiction in both the book and the film could very well fit within the ideas present in nineteenth-century Russia or twentieth-century Britain. 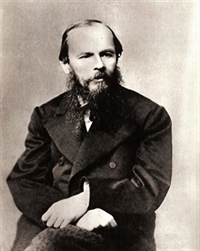 The film consists almost entirely of a monologue, the content of which is taken almost word-for-word from the chapter "The Grand Inquisitor" in The Brothers Karamazov by Fyodor Dostoevsky. This book was written in nineteenth-century Russia, a time in which serfdom was about to be abolished. Dostoevsky was very interested in the concept of freedom, although he never seems to have been completely convinced that a certain way of thinking was best. In most of his writing, he seems uncertain about the issue of freedom.

Dostoevsky was a strong advocate of the abolition of serfdom, even being part of a group that was planning to start a revolution against it.4 However, his opinion on freedom was not altogether positive. Freedom is an important subject for Dostoevsky, who himself was imprisoned for four years in a Siberian prison. There he concluded that, although freedom is necessary to be human, it is also a burden. Freedom means being responsible for your own actions and the consequences they have on yourself or others. As it is humanly impossible to always do the right thing, freedom inevitably leads to suffering.5

As for the film, this was made in 1975 as part of a course on personality and learning given by the Open University in the United Kingdom. It must be noted that this was during the most violent times in the Northern Ireland Conflict. Even though this was not actually a religious conflict, the two sides identified themselves by being either Catholic or Protestant.6 The concept of violent persecution of those who believe differently would, therefore, be very familiar to the audience of this film. To use the Spanish Inquisition to illustrate the themes discussed in this course in the same way Dostoevsky did, would be an obvious choice.

The story of the Grand Inquisitor takes place in a time we know little about. Our ideas of what this time was like are shaped by what we have read or seen in films. Films seem authentic if they fit in with what we expect. As this is often based on other films, made for other reasons than historical accuracy, authentic-looking films are very often not historical.7 As we have seen, this representation of the Spanish Inquisition fits in with the well-known Black Legend, not with historical fact. This may very well be because this film does not aim to give an accurate representation of the past but to use it as an allegory for contemporary ideas.8

These "contemporary" ideas here mainly involve the idea that people are not equipped to deal with freedom. In the opinion of the inquisitor, freedom is the reason why people are unhappy. He reproaches Christ, saying that his sacrifice was harmful to mankind. The freedom Christ gave them means they have not only the possibility, but also the responsibility to lead a good life and to follow Christ's example. Only a very limited number of people is able to do so. All the others fail at this attempt and must carry the burden of that failure.

From the words of the inquisitor, it becomes 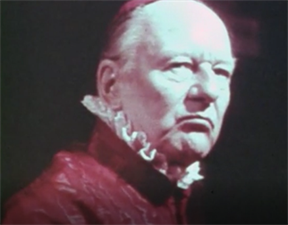 clear that he is acting out of compassion with these people. He speaks of taking freedom away from people as a charitable act that will end their suffering. In this way, the inquisitor comes across as a kind and just person. In fact, Dostoevsky did agree with the inquisitor that freedom leads to suffering. Dostoevsky, therefore, lets him explain his ideas in a very coherent and rational way. Nowhere in this story, or even in the entire book, does Dostoevsky give an equally rational counterargument.

Yet, these ideas are placed in the mouth of an inquisitor, a symbol of oppression and cruelty and an opponent of Christ. This seems to be designed so as to make the audience disagree with the inquisitor, even though his logic is faultless. Dostoevsky may intend his audience to share in his own ambivalence on the matter; even though he agrees that freedom leads to suffering, he also considers it to be absolutely necessary to mankind.9

In conclusion, we can say that at first glance this film shows a fairly standard depiction of the Black Legend. Yet, the inquisitor gives a very extensive and rational explanation for the inquisition's actions.

In both nineteenth-century Russia and twentieth-century Britain, the horrors associated with the Spanish Inquisition would serve to antagonize people against the inquisitor's very rational argument. In this way, an opposition between what one feels is right and what one concludes logically appears. It becomes difficult for the audience to say why it would be worse for mankind if this freedom were taken away. People instinctively resist this idea but would have to think hard to find rational arguments against this feeling. Thus, both the book and the film use the Black Legend to make people think about complex matters that have no easy answers.

All material from The Grand Inquisitor: © BBC Open University, 1976.