"Inquisition" is a word which probably conjures strong mental images – men in dark robes, dungeons, and torture. For many, the word holds only negative connotations. It may be surprising to hear, then, that the subject of inquisition is both riddled with misconceptions and much more nuanced than is shown in popular media portrayals. While there are kernels of truth to the various myths surrounding "inquisition", it is not hard to dispel some of those myths. This article will separate fact from fiction.

Myth #1: "The Inquisition" is, and always has been, a singular, central authority which operated independently of both secular and ecclesial forces.

In short, there is no singular "Inquisition" which acts independently and separately from the Roman Catholic Church. Rather, the inquisitorial process began in 1184 on a regional level rather than as an institution. A local church leader would decide whether or not to investigate heresy. Pope Innocent III, while overseeing the Fourth Lateran Council, formalized many rules regarding heresy and inquisitorial activity. For example, the third canon officially condemned heretics to face 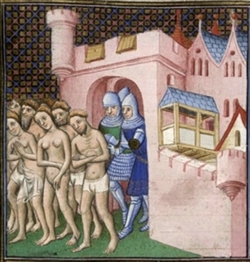 excommunication. Sometime later, Pope Gregory IX decided to appoint and send both clerics and monks as inquisitors to investigate claims of heresy. Still, while appointed by the pope, these inquisitors did not have authority over the local leaders. This meant that the earliest sent inquisitors had no centralized authority. Even during the struggle against the Cathars, a Christian offshoot based in southern France, the "inquisition" was not so much a central authority but rather an act carried out by inquisitors. French secular forces, not the recently-appointed inquisitors, struck the deepest blow against the Cathars by sieging their main stronghold, Montségur. 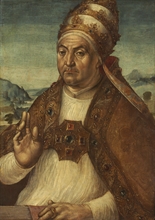 The closest thing to the mythologized "Inquisition" seems to be the Spanish Inquisition, and it can be easy to see why. The recently-unified Spanish Kingdom appointed inquisitors of its own choosing by Pope Sixtus IV's allowance. These inquisitors were supposedly brutal, and thus the reason for papal attempts at intervention. The Spanish royal powers responded by formalizing the inquisitorial office. Importantly, this new office was under Spanish control, and it was not an autonomous authority. There is no singular, "Inquisition" which sought out and destroyed heresy regardless of kingdom or time period. It evolved over the years from an act of local investigation to an official office under the supervision of the secular leaders.

Inquisitors were allowed to take part in some tortures. While such activities were usually carried out by secular powers, an order given in 1252 allowed inquisitors the option to torture victims under the following circumstances: the torture could not endanger a person's life, put it in peril, nor cause a loss of limb; the torture could only be applied one time, and only if the accused seemed to be lying; the inquisitor already had overwhelming evidence of the accused’s guilt. Even then, torture was largely deemed ineffective for procuring evidence.

Myth #3: All heretics were tortured and condemned to death.

In fact, there were two levels of heresy, objective and formal.1 The first, objective heresy, is when someone’s heretical beliefs were based on misunderstanding. Formal heresy, on the other hand, involved both wilful and 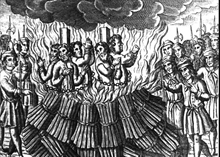 persistent rejections of Catholic dogmas. Anybody who, on multiple occasions and of their own accord, decided to reject Catholic dogmas was guilty of formal heresy, an illegal act within the secular sphere. The inquisitor would inform the local authorities, who would then execute a person. So, while some convicted persons would have been tortured and/or executed, such acts were the exception rather than the norm.

Finally, the term "inquisition" has deep-rooted legal significance. In fact, the term "inquisition" comes from ancient Rome and their legal system. Originally the word was used in Roman legal proceedings and meant "to inquire". Roman judges were more active participants in judicial proceedings and would "inquire" about the case, trying to discern whether or not the accusations against a person were true. The inquisitorial system sought evidence in the form of personal confessions, multiple-witness testimonies, and other such forms. At the beginning of the medieval period, however, many European lands followed the adversarial legal system, which sees the judge as a rule-keeper and referee between the defence and prosecution. In short, the inquisitors and their renewed interest in Roman legal procedure proved a breath of fresh air for the peoples of medieval Europe.

Using this inquisitorial system as a basis for their procedure, inquisitors would enter a town, declare a period of grace (i.e., a person who confessed at this time would be given a light punishment if any at all), and then make a list from the confessions heard during the grace period. Those who confessed often spoke of others who had also fallen to heresy, thus giving the inquisitor plenty of names to investigate. Those who were later investigated (having been accused by other townspeople) were given an opportunity to list their enemies, so as to prevent abuse. Witness accounts from professed "enemies" were less likely to be considered. Inquisitors would look at the evidence (e.g., confessions, witness accounts, etc.), consult with canon lawyers, and then pronounce the sentences of the guilty in public. The inquisitorial system was a refined juridical procedure to the extent that it is the forerunner to the modern legal process. Indeed, inquisitors brought juridical reform, not chaos.

The history of "inquisition" is full of twists and turns, making it hard to understand it clearly. This makes sense because of historical revisions such as the "Black Legend", and because recent media portrayals have served only to skew the facts. Portrayals in film, such as those in this very project, regularly portray "Inquisition" 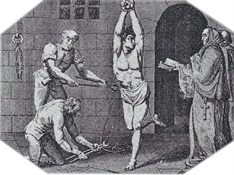 as a singular force throughout history. It is torture-happy and lawless. The secular authorities are either opposed to Inquisitions, or incapable of stopping them. In reality, however, the various Inquisitions worked together with local authorities. Inquisitions were based on Roman judicial systems, and while this inquisitorial style of justice came with its own struggles, it did lead to a review of medieval and early modern justice systems. Further, inquisitors did seek evidence, even if that evidence was largely based on confessions and eyewitness accounts. Finally, secular authorities were often either compliant with inquisitorial forces, as were the French barons who crusaded against the Cathars in the thirteenth century, or they wielded inquisitors for their own ends, like in the Spanish Inquisition. While the history of “inquisition” may indeed be difficult to grasp, one thing is certain: It was never the vile force of evil as many perceive it.

In light of this project, the most important takeaway from this article is that the subject of "inquisition" is deeper than it initially appears. It is multi-faceted – history, culture, politics, religion, and society all melt together in this one subject. Rather than a simple case of black-and-white morality, the subject of "inquisition" offers a hazier view of history through its multifaceted and intertwined nature. "Inquisition" is an opportunity to reflect on the vast number of societal, religious, and political changes which have occurred since the Medieval period.