The Inquisition: An Overview

When we think of the term 'inquisition', images of dungeons, burning stakes, fanatical monks and tortured women immediately come to mind. The reality was different. 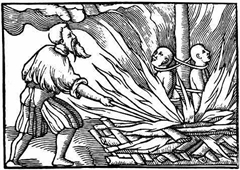 The history of the word shows its originally broad meaning, which was not related to religion: Inquisition, derived from the Latin verb inquirere, simply means investigation. It appears in texts from Antiquity, the Middle Ages and early modern times in a wide range of meanings, from the search for the solution of a philosophical problem, to looking for a lost item.

It was only in the twelfth and thirteenth centuries that the term underwent a change in meaning. From now on, it designated both an extraordinary authority appointed by the Catholic Church and the procedure used by this authority to track down and prosecute religiously dissenting people, or so-called heretics. So there is an institutional aspect and a legal procedural aspect to the Inquisition. The Inquisition was theologically anchored in the principle that there could be no salvation outside the Church (nullus salus extra ecclesiam). This principle had a long history within the Church, however, with the Inquisition, the decision about what was the 'right' faith was transferred from the ecclesiastical institutions, such as a council (the assembly of bishops and the pope) into the legal sphere.

The procedure originated at the beginning of the thirteenth century. Pope Innocent III wanted to reform the higher clergy and put an end to immoral or even criminal behaviour by the local church leaders in order to prevent damaging the 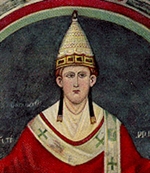 reputation of the Church and unsettling ordinary Christians in their belief in their salvation. He reformed the judicial system based on a rather modern-looking and at the same time revolutionary intention: the pope wanted to be able to hold responsible those who up to now had been protected from judicial indictment because of their high social position such as the higher clergy, for instance bishops and abbots. Previously, medieval criminal law had been a matter between two private persons and knew no public criminal prosecution. This meant that in order to start a prosecution, the victim had to file charges against the alleged perpetrator, and someone on a socially inferior level would not have been able to press charges against someone with a higher social position.

The pope also laid down new procedural rules. These rules show the dawn of a more rationalist age: The aim of the trial became to research the material truth, or in other words, did the defendant actually commit the offense of which they 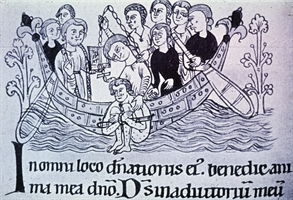 were accused? This was in contrast to the earlier situation when the central point in a trial was whether a person was deemed trustworthy, and the perceived integrity of the person would be judged by ordeal or oath.1 The authority for this new kind of trial was placed in the hands of an extraordinary court, the Inquisition, which could now begin an investigation ex officio (without direct private charges). Only in a further development did this disciplinary process against clerics become the well-known Inquisition against heresy. From then on, the inquisitors had the exclusive mandate to find dissenters and to bring them - by all means - back to the Church. The goal here was always conversion, never the death penalty, which was only used as a last resort. The Inquisition aimed to convert, not only to save the soul of the accused, but also because it was feared that otherwise more and more Christians would be led astray.

When the inquisitors would arrive in a town, they would first collect any notorious rumours within the community about people engaging in heresy. They collected these rumours, because they could be used to establish a 'bad reputation' (mala fama), which meant that someone was already in public suspicion of sympathizing with the so-called heretics. If someone confessed in the run-up to the investigation, a penance (prayers or fasting) was imposed on them and they were warned not to transgress in the future. In the trial itself, among the core elements were anonymity of the informers, confidentiality of the written testimony, targeted interrogation forms, detention and torture. The punishments could range from penances, having to wear a distinguishing mark on their clothing, confiscation of goods, prison terms and excommunication. All punishments were considered a means to generate fear and terror in order to bring the convicted 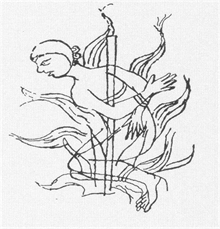 back into the official Church. There were only two categories of heretics that would receive the death penalty: stubborn heretics who refused to turn back, and so-called relapsi, those that first recanted their heresy, but who later reoffended. They were transferred to the secular authorities, who were then obligated to impose the death penalty, that is, to organize burning at the stake. This cooperation was well paid and also in the interests of the secular authorities, so that the cooperation between the Church and the state almost always worked smoothly.

The institution of the Inquisition, the extraordinary authority appointed by the Catholic Church, knew various forms, which developed under different historical circumstances. They should not be placed side by side without making some distinctions.

From 1231 onwards, the pope appointed these special inquisitors, who, independently from the bishops (the usual judges in matters of faith) were now to fight the two most feared movements of this time, the Waldensians and the Cathars. These two groups held dissenting views and challenged the Church not only through their doctrine but mostly through their views on the Church's hierarchy. From about 1233, this task was generally assigned to the Dominican order and a little later also to the Franciscan order. This Medieval Papal Inquisition was primarily active in France and Italy. There is still some debate, however, about from what time, and to what extent, the Medieval Papal Inquisition can be considered to have been a centralised institution.

The question of the number of victims of the Inquisition remains controversial. The protestant Samuel Clark in his book Martyrology of 1651 mentioned a number of 2 million Waldensian victims for the first half of the thirteenth century. There is no doubt that these figures are part of the so-called Black Legend, which highlighted the misdeeds of the papacy for the purpose of antipapist propaganda. In fact, it is hard to determine the number of people who were convicted by the Inquisition and even harder to determine the number of people that either died in prison or were condemned to death. The sources that have remained to this day are too limited to come to an accurate estimate.

The Spanish Inquisition was founded in the fifteenth century, at the request of the Spanish rulers Isabella and Ferdinand. Between 1478 and 1482, Pope Sixtus IV issued a series of bulls in favour of royal power, which gave the monarchs the authority to operate the Inquisition as a state institution, largely independent of

the pope. An important aspect of this authority was that the Spanish monarchs were given the right to choose the inquisitors. The most (in)famous Grand Inquisitor, Tomás de Torquemada, was, not surprisingly, the queen's confessor.

After the Reconquista (the conquest of the Muslim regions in Spain), the newly emerging Spanish national state had no place for anyone other than the Christians. Even in the Spanish colonies, the Spanish Inquisition was shaped into an instrument of rule. The first targeted group were the forcibly converted Jews, and later also the forcibly converted Muslims, that were suspected to have secretly continued to practice their faith. From the sixteenth century onwards, Protestants (Spain had been at war with England and the Low Countries, two important Protestant countries) and anyone who did not conform to the Christian morality could also be prosecuted. The Spanish Inquisition was only definitively and permanently abolished in 1834.

In the past, the Spanish Inquisition has been the object of the so-called Black Legend. As a result, the number of victims has often been exaggerated. In recent decades, historians have come to a different, less dramatic evaluation of the number of victims: according to Bartolomé Bennassar, a renowned scholar on this topic, fewer than 45.000 cases were handled by the Spanish Inquisition between 1540 and 1700 (its peak period). In 826 cases the death penalty was pronounced.2

During the Counter-Reformation, the Catholic Church's fight against Protestantism, in de sixteenth century, Pope Paul III established the Roman Inquisition. It was essentially limited to the Papal States. The inquisitors were now mostly cardinals. Besides the Protestants, the Roman Inquisition also prosecuted several well-known scientists, such as Giordano Bruno and Galileo Galilei. In Italy, the Roman Inquisition was abolished in 1859. Only one ministry of the Roman Curia, the Congregatio Sancti Officii, remained as the supervisory authority of the Roman Catholic faith and was only dissolved in 1965. The successor institution is the Congregation of the Doctrine of the Faith (Congregatio pro Doctrina Fidei) of which Joseph Ratzinger (Pope Benedict XVI) was the best-known chairman (from 1982 to 2005 ) of the past decades. 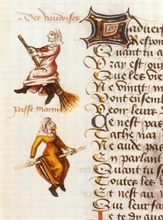 In contrast, the mass witch hunts that had been happening since the fifteenth century in Europe, as well as in the 'New World', were never under the competence of the Church's Inquisition. Nevertheless, the Church had paved the way both through their inquisition process as well as through the discipline of demonology. The idea that dissenters were in fact adherents of the devil had already been a part of the concept of the heretic. In the figure of the witch, however, association with the devil became the defining feature. Furthermore, one of the most influential handbooks for the witch hunts was written by the Dominican friar Henricus Institoris. It is true, that in the later phase of the Medieval Papal Inquisition, a few women had been put on trial for witchcraft, but the main focus here had always been on finding out theologically heretical views. And most often, these lawsuits ended with the imposition of penances, not the death penalty.

However, as the secular authorities took on more and more powers from the ecclesiastical authorities in the course of the sixteenth century in Europe, the charges of harmful magic were now being transferred to the secular courts. In cases of suspected witchcraft, after all, the issue was not only that the accused’s salvation (as well as that of society as a whole) was at stake, but also that concrete crimes had taken place, such as child murder or rendering livestock infertile. The less educated the judges were, the more terrible the legal excesses became. The witch trials were also carried out according to the inquisition procedure, but now the usual rules and restrictions were no longer observed. For instance, during the witch hunts torture was applied without restriction in order to be able to gain mass accusations of third parties. Both Protestants and Catholics supported the witch hunts: With the adoption of important principles of (Catholic) canon law, the Protestants had also appropriated the inquisitorial elements.

So while the institutional aspect of the Inquisition was strongly dependent on the historical context, the procedural principles can be seen as the overarching elements in the term 'inquisition'. Even if the process was perverted by the witch trials, especially in the early modern period, the two key principles established by the Church in the thirteenth century (researching material truth and being able to proceed ex officio) remain milestones on the way to modern procedural law.

In 2000, Pope John Paul II apologised for the abuses of the Inquisition. However, he did not apologise for the existence of the institution itself, only for the errors and misdeeds of individual members of the Church, including the inquisitors. All in all, it has become clear that the Inquisition has a complicated history and leaves a controversial legacy for the Catholic Church to confront going forward.